HeartlandDiaryUSA.com Politics – Down and Dirty To Brexit or not to Brexit, that is the question

To Brexit or not to Brexit, that is the question

Theresa May’s star turn as the indecisive Hamlet of Brexit may soon be over.

Well, it looks like the decision may soon be taken out of her hands.

According to The Sun newspaper:

DESPERATE Theresa May was today abandoned by the Cabinet and clung to power by a thread as MPs demanded that she step down within hours.

The PM faces mounting fury from her own party after she gave the Commons a chance to vote on a second Brexit referendum.

Plotting ministers stayed away from Prime Minister’s Questions and held a meeting to discuss Mrs May’s future instead.

Brexiteers are rumoured to be planning a final showdown with the PM later today, telling her it’s time to step down.

It couldn’t come too soon. May was elevated as prime minister because of her pledge to carry out Brexit, but she was too timid by half. Afraid to upset her masters in Brussels, May has done everything except what she was elected to do. Her indecisiveness certainly rivals that of Hamlet and has left her with virtually no allies.

Brexiteer Nigel Evans told The Sun: “She has U-turned on absolutely everything. We cannot put up with this any longer.

“I will be asking my colleagues tomorrow to agree to a rule change so we can hold an immediate confidence vote if Theresa is not prepared to stand down now.”

He added this morning: “It’s game over and it’s about time the PM recognised that.”

It appears that London is now in approximately the same position with the European Union that the 13 American colonies faced with George III. If May doesn’t want to be Britain’s George Washington, she should get out of the way and let someone else lead the fight for independence. 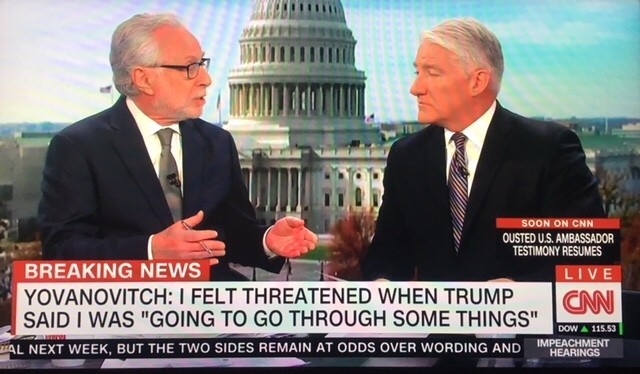 I guess when I decided to watch the Sham Impeachment Hearing on CNN, I should have known I would have to suffer through complete idiocy. But I was completely unprepared for Wolf Blitzer’s high praise of Ambassador Yovanovitch’s testimony. But that was just the beginning as his panel told us ... 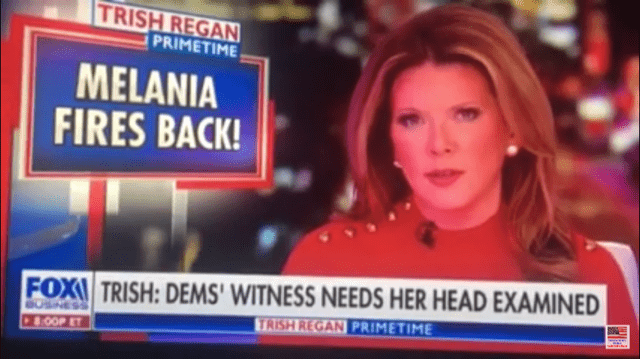 Trish Regan used the monologue on her Fox Business show Wednesday to demolish the smug self-righteous law professor Pamela Karlan for her disgusting attack on Barron Trump at the House Judiciary Committee’s first day of Fake impeachment hearings. Shop on Amazon for EVERYTHING TRUMP Regan calls Karlan “the lowest of ...