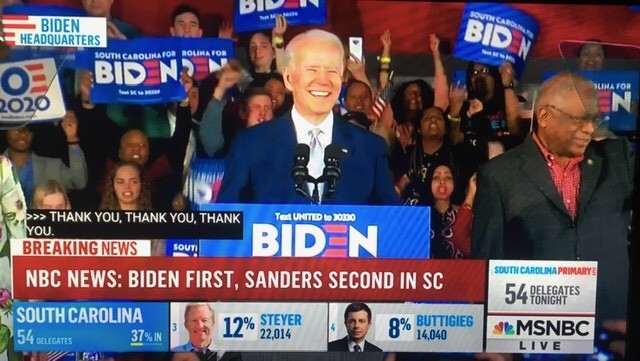 Well, Joe Biden promised that South Carolina was his firewall, and he was right! Looks like he will finish with an impressive 50-plus percent victory against six apparently unimpressive opponents.

So what does that tell us? First of all, that lots of Democrats are afraid of socialist Bernie Sanders. Hooray. That’s good news for the country.

But two, what the hell are Democrats thinking? Biden is a human gaffe machine. On Friday, while in Columbia, S.C., he told a crowd he was “Right here in the state of North South Carolina.” He may have started to say he was in North Carolina and caught himself midstream, or he may just not know all the 58 states as well as President Obama!

The same day he claimed he was running for US Senate, and he also said he was “anticipating assigning the initially African-American female to the United States Senate.” That’s not something any president can do, least of all one who is running for Senate himself.

Looks like socialist Bernie Sanders might pick up a few delegates in South Carolina tonight as well, but what about the rest of these losers. How long can Elizabeth Warren, Amy Klobuchar and Pete Buttigieg stay in this race without looking even less in touch with their senses than Biden? Not gonna win!

For my thoughts about where the Democrats go from here, check out my column Monday at Real Clear Politics or right here at www.HeartlandDiaryUSA.com. The title is “The Unbearable Incompetence of Democrats,” which should give you a clue about how I see things unfolding! 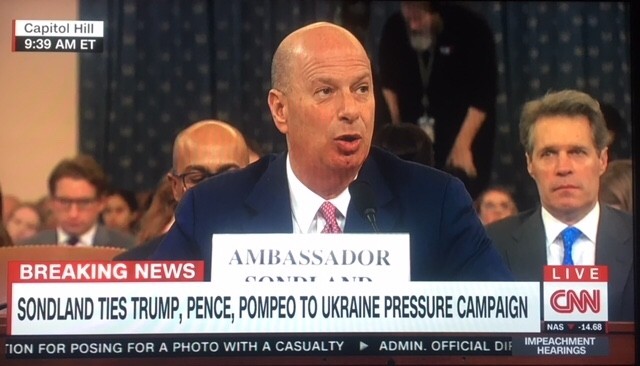 Well, the Wednesday morning impeachment hearing certainly started off with a bang. The opening statement of Ambassador Gordon Sondland was released to the media a few minutes before the start of Day 4 of the sham hearings led by spiteful partisan Adam Schiff. The media was all a-twitter that Sondland ...

There are only four words in E.J.Dionne’s new column I agree with — the headline: “Trump goes on strike.” I certainly don’t agree with Dionne that the president is “guided solely by an obsession with self-protection.” Calling out the Democrats for their political attacks on him was the only recourse ...

Suppose something important were happening in Washington, DC — lets say the Democrats in Congress we’re trying to violate the law — and you turned on one of the three main 24/7 news channels to find out what was happening. What do you think you would find on the air? ...