Do Democrats want to make elections safe … or safe for cheating? 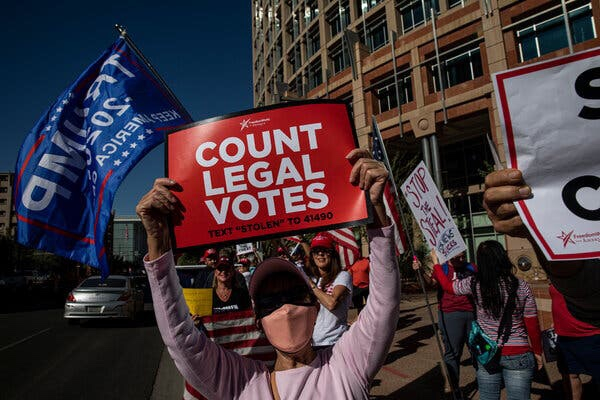 Barack Obama liked to remind us that “elections have consequences.”

Boy, do they! For conservatives like me, the months since Democrats took over the White House and the Senate have been a tsunami of consequences. How do you think I like it when Joe Biden’s handlers aim 60 executive orders at the tip of his pen to effectuate a fundamental transformation of this country? Or when the Democrat-controlled Congress tries to push through statehood for the District of Columbia in order to guarantee their continued control of the Senate? Or when the southern border is turned into a 2,000-mile illegal-immigrant processing center?

Unfortunately, the dictum that “elections have consequences” is not recognized as a legitimate principle when Republicans defeat Democrats. That was obvious when Donald Trump won the 2016 election and spent the next four years being vilified as a Russian puppet, a racist and a danger to the republic. You see, Democrats consider elections to be their most legitimate means of seizing power, but not necessarily the most effective. For them, politics is the continuation of war by other means, and they have been waging war against not just Republicans, but against the Constitution for at least the last 50 years.

We could examine the truth of that statement in multiple arenas, including the attempt to repeal or neuter the Second Amendment, the assault on equal rights in order to replace equality with the Orwellian concept of equity, and of course the aforementioned unconstitutional push to convert D.C. into a state.

But let’s stick with elections because any political party that controls elections ultimately controls everything else. Nancy Pelosi obviously knows that, which is why she made the For the People Act her No. 1 priority in the 117th Congress. The Constitution gives authority over federal elections to the individual states that make up the Union, but Pelosi’s H.R. 1 would strip that authority from the states and give it to Congress. One provision in particular would outlaw the use of voter ID to verify that anyone who casts a vote is legally entitled to do so. Again, as crazy as it sounds, this is the No. 1 Democratic priority.

Let’s say it one more time till it sinks in: Democrats want to ban states from using the most obvious and fair method to make sure that all votes in an election are legal votes — checking voter ID. No wonder millions of Republicans have a sneaking suspicion that the 2020 presidential election was stolen from Donald Trump. What do the Democrats have to hide?

But it’s not just the 2020 election that makes conservatives fear that they are being dealt a hand of three-card monte. Consider what is happening in my home state of Montana. Gov. Greg Gianforte (pictured) just signed two election integrity bills into law, and almost immediately the state was hit with a lawsuit by the Democratic Party to overturn the will of the people.

Wait a minute? I thought elections have consequences! But you forgot the asterisk that indicates “unless Republicans win.” This is truly infuriating to conservatives such as myself. Montana has had a solid Republican legislature for quite a few years, but we’ve also elected Democrat governors who liked to wield their veto pens (or in the case of Gov. Brian Schweitzer, his branding iron!) to prevent conservative reforms from being instituted. So when Rep. Gianforte left Congress to become governor, it promised a whole new world for Montana Republicans.

Shortly after the November election, I addressed a meeting of the Glacier Country Pachyderm Club, which was celebrating the fact that the GOP had swept every statewide office and retained solid majorities in both the House and Senate. That was fine, I warned a sympathetic audience, but it won’t be true success unless Republicans govern like Republicans. In other words, until all those Montana elections have real consequences.

For the most part, I haven’t been disappointed. In order to ensure the right of self-defense, the state has removed many restrictions on the ability of people to carry guns. Montana was also one of the first states to pass liability protection for businesses that reopened despite COVID fears. And in a fit of common sense, the Legislature has banned sanctuary cities in the state: Illegal aliens will no longer be a protected class in certain left-leaning municipalities (you know who you are!).

All of those new laws may be challenged in court, but Democrats seem particularly averse to election integrity. They lost no time in bringing suit against two election laws that Gov. Gianforte signed last week. Under House Bill 176, voter registration will no longer be permitted on Election Day, but will instead end no later than noon on the day before an election. Senate Bill 169, meanwhile, established requirements for would-be voters to provide some kind of ID both when registering to vote and when actually casting a vote. In a pre-woke world, this would have qualified as bipartisan common sense, since its purpose is to prevent cheating, but nowadays we are told that imposing common-sense restrictions on voting is racism and that cheating is just the price we have to pay for being an inclusive society.

Democrat super-lawyer Marc Elias, the guy whom Hillary Clinton hired to engineer the Russia hoax, wasted no time trying to make sure that Montana elections remain a safe haven for fraud and abuse. His lawsuit claims that the state’s new laws “represent the latest round of legislative shadowboxing aimed at imaginary threats to election integrity, and false accusations of election fraud orchestrated by those seeking to overturn the results of the 2020 presidential election, now weaponized by the Legislature to impede access to the franchise.”

In short, he claims that the two laws will prevent people from voting. In particular, he says that the laws place an unconstitutional burden on the right to vote for students, Native Americans, the elderly, those with disabilities and others.

Of course, that is nonsense. The burden placed on those groups is exactly the same as the burden placed on all Montanans. If you want to vote, prove that you are a resident. It’s not some hideous “cruel and unusual” ordeal that targets any one group. Basically, the voter ID law says you need to produce a photo identification or provide the last four digits of your Social Security number or show some document like a utility bill that includes your name and address. Wow! I’m not sure I would even want to participate in a democracy where voters aren’t bright enough to be able to prove they are real people.

As for the new law ending same-day voter registration, that is a change that was long overdue. As the editor of a Montana daily newspaper for 18 years, I watched as county election officials were increasingly overwhelmed with late (I call them irresponsible) voters showing up on Election Day to register at the last minute and sucking up resources that should have been directed toward protecting the integrity of the election itself. And don’t tell me that ending voter registration a day early represents any kind of burden. It’s called a deadline. Get used to it.

Bottom line: Both laws are intended to lessen the opportunity for cheating on Election Day. Why, therefore, is the Democratic Party so intent on eliminating these laws? For that matter, why don’t Democrats want a serious impartial investigation of voting irregularities in Georgia, Arizona and elsewhere in the 2020 election? If cheating took place, shouldn’t we try to find out about it? Apparently not, because Marc Elias has filed lawsuit after lawsuit to prevent anyone from auditing or reviewing the election results from Nov. 3.

Taken together, the message of all these lawsuits is clear: Elections have consequences, but cheating doesn’t.

3 thoughts on “Do Democrats want to make elections safe … or safe for cheating?” 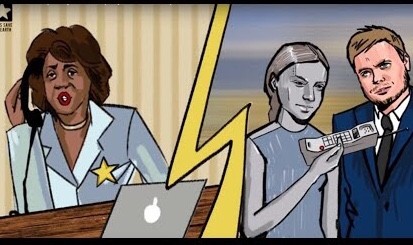 It’s hard to have any confidence in our government when people like Maxine Waters and Adam Schiff have positions of responsibility in it. These two Democrat chairmen in the U.S. House of Representatives have proven time and again that they have the discernment of a junkyard rat trying to decide ...

Heads up for my readers. I’ll be interviewed on Sunday afternoon by Eduardo Vidal and Manuel Cambo (MAC Rampage) of “Concrete Conservatives” at WSQF in Key Biscayne, Florida. The scheduled topic is Trump’s State of the Union speech, but I’m sure it will be a pretty wide ranging discussion. You ...