He may not be outright insubordinate like Gen. Mattis, but Trump’s departing chief of staff, Gen. John Kelly, showed his true colors in his anti-Trump exit interview with the Los Angeles Times. The worst part is that he did the interview at all — with a slanted news source sure to try to make Trump look bad.

But Kelly apparently was more interested in his own legacy than that of the president he served — and that says plenty about what kind of man Kelly is.

According to the Times, “In the phone interview Friday, Kelly defended his rocky tenure, arguing that it is best measured by what the president did not do when Kelly was at his side.”

In other words, Kelly thinks of himself as “the essential man” not in implementing the president’s policies, but in blocking them. Call him the chief of the White House Resistance or just call him one of Trump’s mistakes.

But to take a deeper look at the Times article, there is something even more compelling than the reporter’s thesis that Kelly was the “grown up in the room,” and that is the bare naked (nearly invisible) presentation of actual evidence in support of the thesis.

The reporter supposedly talked to Kelly for over 2 hours, yet there are precious few quotes from the general and hardly any that are directly undermining of the president. It makes me think that Kelly might have been fairly circumspect, leaving the Times with no choice but to slant the story on its own. Here’s an example:

When Trump picked him to head Homeland Security, and then serve as White House chief of staff, officials from the Pentagon to Capitol Hill expressed hope that Kelly would be one of the “adults in the room” to manage a mercurial president.

To critics, Kelly failed at that task, unable to rein in Trump’s angry tweets or bring order to executive decision-making.

Notice the unnamed officials and the unnamed critics. Generally, what that means is the reporter and his newsroom colleagues — the usual suspects whenever a left-wing reporter relies on anonymous sources.

The only real evidence of Kelly throwing shade on Trump comes over the border wall, but even there, the disagreement is framed by the reporter’s words not by Kelly’s.

The stalemate also highlights the distance, at least in language, between Kelly and Trump over the president’s signature promise — to build a wall.

When Kelly led Homeland Security in early 2017, one of his first steps was to seek advice from those who “actually secure the border,” Customs and Border Protection agents who Kelly calls “salt-of-the-earth, Joe-Six-Pack folks.”

“They said, ‘Well we need a physical barrier in certain places, we need technology across the board, and we need more people,’” he said.

“The president still says ‘wall’ — oftentimes frankly he’ll say ‘barrier’ or ‘fencing,’ now he’s tended toward steel slats. But we left a solid concrete wall early on in the administration, when we asked people what they needed and where they needed it.”

This became a big deal in the Re-rinse Media that just recycles the same story for 24 hours. The quotes from Kelly were painted as showing that Kelly opposes Trump on the Wall, but the actual words don’t convey that at all. No one I know who supports a wall ever said it has to be a “solid concrete wall.” I certainly always envisioned a steel wall. Kelly doesn’t say anything to suggest that Trump is unclear or unrealistic about the Wall. The fact that he wants the wall built out of steel doesn’t mean it isn’t a wall — except to the Dishonest Media!

In many ways, this is a prototypical Fake News story — slanting everything against Trump when the real news in the story is virtually nonexistent.

For more background on the Deep State, the Fake News Media and the war against Trump, please take a look at my “Why We Needed Trump” trilogy, which is a collection of essays from the last 14 years about how the One-Party Oligarchs have played us for suckers until Trump came along. 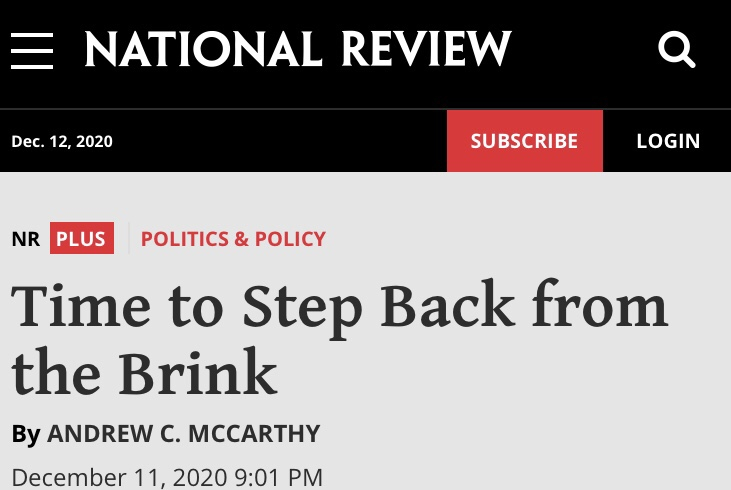 How disgusting it is to read the National Review today and remember that it is the legacy of William Buckley. Buckley’s radical conservative voice has been drowned out by a stable of hacks and flunkies who are trying to sell themselves as the protectors of liberty when they are actually ... 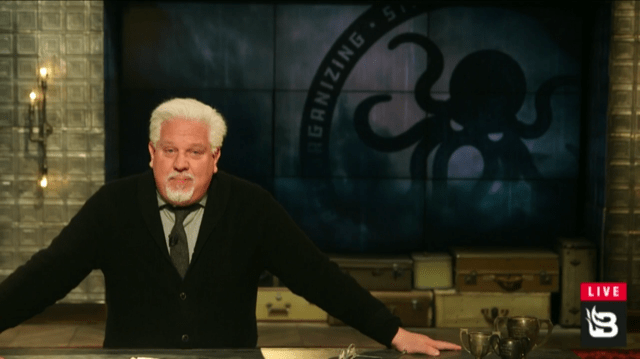 Like me, you may not have paid much attention to Glenn Beck recently, but you need to. Beck has put together a comprehensive explanation of why the impeachment inquiry could help to unravel the Democrats’ socialist agenda, and why Ukraine holds the key to the plot against America. I’ll get ...