HeartlandDiaryUSA.com Politics – Down and Dirty Roger Stone lied to a traitor. Doesn’t that make him a hero?

Roger Stone lied to a traitor. Doesn’t that make him a hero?

Well, the Mueller/Russia Witch Hunt finally found a witch, and his name is Roger Stone, longtime friend and staunch defender of President Trump.

Stone has been arrested and charged with obstruction, witness tampering and making false statements related to the release of stolen Democratic Party emails by Wikileaks prior to the 2016 election.

I’ve gone through the indictment once and am underwhelmed. Most of the allegations are based on an anti-Trump reading of the evidence. Roger Stone is a longtime political operative who was seeking information that would help candidate Trump. There is no evidence he stole emails or had a hand in their release — he just wanted to know if they would be released in time to help Trump before the election. In other words, he was guilty of politics as usual.

It does appear there may be evidence that Stone lied about emails and texts he sent regarding his interest in Wikileaks and the stolen emails. But let’s face it, Stone knew that the Democratic machine had organized the Russia Witch Hunt as an “insurance policy” to take down Trump if he should defeat their preferred candidate and be elected president. If he did lie to Congress or to Mueller, he was lying to traitors who would stop at nothing to bring down the duly elected president of the United States. But let’s wait and hear Stone’s defense before we believe anything in Mueller’s indictment.

By the way, there is still no proof of any “collusion” with Russia — and there is still no evidence of any wrongdoing by President Trump. There is just another brick in the wall as the leftists continue their plot to destroy Trump. Heaven help us if they succeed.

Frank Miele writes from Kalispell, Montana, at www.HeartlandDiaryUSA.com and is a columnist at Real Clear Politics. To see more of my columns about the Dishonest Media, the Deep Swamp, the failed presidencies of George W. Bush and Barack Obama, and Trump’s war to restore American greatness, read my “Why We Needed Trump” trilogy. The books are available at Amazon in paperback or Kindle editions. Also please considering leaving a review in support of my conservative commentary on one or all of my book pages at Amazon! None have been posted yet, and I could sure use the help! 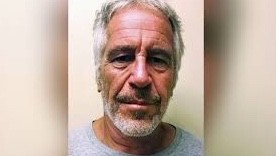 It is hard to fully appreciate the calumny of the Democrats as they try to dismantle the American republic and sell it for scrap to a horde of uneducated invaders. Every day they attack our great president to stop him from his crusade to restore American greatness by closing our ...