HeartlandDiaryUSA.com Politics – Down and Dirty Collusion was matador Mueller’s ‘red flag’ to taunt Trump into obstruction trap. He failed

The historian and political analyst wrote this in his new column:

“The problem with the Muller investigation, and with former intelligence officials such as Brennan, Clapper, Comey and McCabe, is pious hypocrisy. Those who have lectured America on Trump’s unproven crimes have written books and appeared on TV to publicize their own superior virtue. Yet they themselves have engaged in all sorts of unethical and illegal behavior.”

“Pious hypocrisy.” The lack of self-awareness among the media and the anti-Trump conspirators can be summed up neatly in those two unctuous words, but it also applies to the alleged investigators.

“Despite compiling private allegations of loud and obnoxious Trump behavior, Mueller also concluded that there was not any actionable case of obstruction of justice by the president. It would have been hard in any case to find that Trump obstructed Mueller’s investigation of an alleged crime.

“One, there was never a crime of collusion. Mueller early on in his endeavors must have realized that truth, but he pressed ahead anyway. It is almost impossible to prove obstruction of nothing.”

The question of how “early on” Mueller realized that there was no collusion between Russia and the Trump campaign is key. At the most extreme, let’s say he had reached that conclusion by early 2018, a year after his appointment.

At that moment, Mueller should have packed up shop and returned to his well-deserved retirement from public life. If there was no collusion, there was no need for a special counsel. Remember, Attorney General Jeff Sessions had recused himself because of his involvement in the Trump campaign that was the target of the investigation. Once the campaign was cleared of wrong-doing, Sessions and the Justice Department should have resumed control of any remaining prosecutions of Russians for election tampering.

But of course that did not happen, so we must ask why. The answer is found in Volume 2 of the Mueller Report, which asks whether President Trump attempted to obstruct justice. This is a weirdly self-referential part of the report that approaches post-modernism as Mueller investigates whether Trump obstructed Mueller from investigating Trump.

It also provides the motive for Mueller not ending his investigation after determining there was no collusion. In essence, the continued probe by the special counsel was seen as the best means to provoke President Trump into doing something which could be interpreted as obstruction and thus legitimize the conspiracy to remove Trump from office.

Call it the red flag theory of obstruction. Mueller was essentially the matador with a red flag of collusion that he kept waving in front of Trump (the proverbial bull in the china shop) in order to taunt him into charging recklessly forward into the matador’s sword. The bull may be noble but he is dead nevertheless.

Of course, the plot failed, and although President Trump characterized the Mueller probe as a witch hunt and later as bullshit, we now see he might more accurately have called it a bull fight — a fight that the bull, bloody but unbowed, won.

1 thought on “Collusion was matador Mueller’s ‘red flag’ to taunt Trump into obstruction trap. He failed” 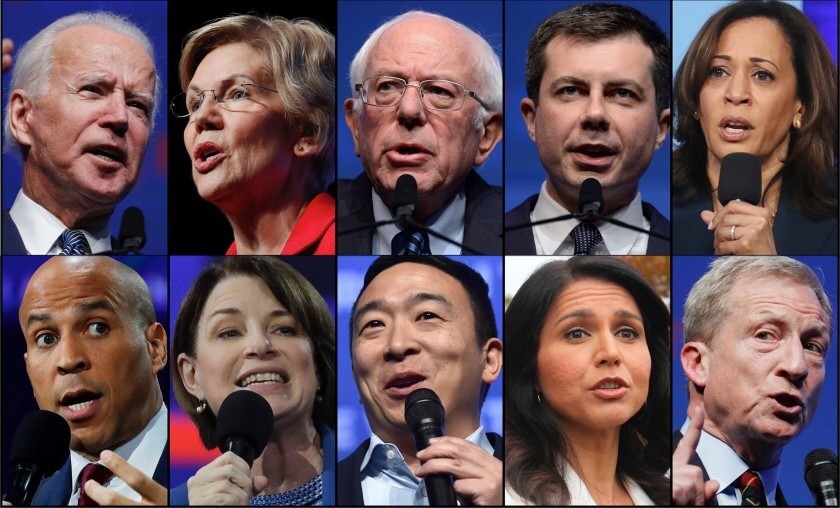 As Wednesday’s sham impeachment hearing dragged on into the early evening, it became obvious that one significant casualty would be the Democratic presidential debate being held on MSNBC. Even if the hearing ended before the 9 pm EST scheduled start time of the debate, it would likely have left the ...

I was surprised to find a story in the Daily Caller today about Montana’s Glacier National Park, but loved the exposé of how the National Park Service is quietly backpedaling away from its previous climate hysteria. I’ve been countering that hysteria for years, pointing out in numerous columns that Glacier ...