HeartlandDiaryUSA.com Politics – Down and Dirty Hey N.Y. Times! Editorial cartoons are the responsibility of the editor

Hey N.Y. Times! Editorial cartoons are the responsibility of the editor

The controversy over the New York Times publishing not one but two anti-Semitic editorial cartoons in the last week gives an old retired newspaper editor such as myself one more reason to lament the sorry state of journalism.

I’ve written extensively about the failures of journalism (collected in “The Media Matrix: What If Everything You Know Is Fake”) but I’ve never explored the morass of editorial cartoons. It’s an interesting topic.

Breitbart reports that as a result of the backlash over the anti-Semitic cartoons, the Times has now suspended publication of all syndicated cartoons in its international edition.

It all started last Thursday when the Times published a cartoon on the opinion pages of its international print edition showing Israeli Prime Minister Bibi Netanyahu as a dog with a Star of David around his collar on a leash leading U.S. President Donald Trump–depicted as blind and wearing a skullcap–around.

Under immense criticism, the Times on Saturday retracted the cartoon and issued an “editor’s note” in response admitting it was antisemitic and an “error in judgement to publish it.”

Oddly, the same day of the retraction, the Time published a second cartoon with anti-Semitic overtones. The Times spokesperson said in response:

“The cartoon that ran in the international print edition of The Times last Thursday was clearly anti-Semitic and indefensible and we apologize for its publication. While we don’t think this [second] cartoon falls into that category, for now, we’ve decided to suspend the future publication of syndicated cartoons.”

This is the weird part. It seems like the Times is trying to shift blame to the “syndicated cartoons” but that makes no sense. A newspaper like the Times has access to an unlimited array of cartoons representing all kinds of points of view. What matters is the editorial judgment — or lack of it — used in selecting the cartoons.

As the managing editor of the Daily Inter Lake, I selected thousands of editorial cartoons over the years. What I learned is that cartoonists don’t use the same level of discretion that others in the news business do, so it is of the utmost importance for the editor to think carefully about the both the explicit and implicit meaning of the cartoon.

In my case, in the wake of the Islamic beheading of hostages in the early 2000s, I rejected all cartoons that displayed severed heads regardless of the purpose of the cartoon. Some were making valid points about the horrors of terrorism, but too often they were instead invoking this bloody imagery in reference to American presidents or political opponents. I could not bring myself to run those cartoons since they were both in bad taste and inflammatory.

More generally, as editor of a newspaper in conservative Montana, I had a responsibility to my audience. As the nation became more and more polarized, I decided not to run cartoons that depicted George Bush as a monkey or Barack Obama as a Muslim. Most editorial cartoonists are extremely liberal, so when Trump became a candidate and then president, I had to rule out nearly 90 percent of cartoons as inflammatory and insulting to my readers.

Of course, if I ran a cartoon that stepped over the bounds, it was my fault and my responsibility. I couldn’t hide behind the excuse that “the syndicated cartoons made me do it.” Some days I would pore over the choices available to me from my syndicated sources for an hour or more looking for an appropriate cartoon, but the decision was always mine. Indeed, what goes in the paper is always the responsibility of the editor who put it there. That means an editor’s job is only as safe as his editorial judgment is good.

Except perhaps at the New York Times. The newspaper has acknowledged that one editor was responsible for selecting the first offensive cartoon, but they didn’t say whether he was fired or reprimanded. I’m not going to say he should be fired, but his judgment is inherently flawed and his employer should obviously investigate whether his or her lack of discretion and discernment is a fatal flaw to his continued employment.

One final point: I am glad that there is consensus that Jewish people should not be depicted in a derogatory way as a group, but sadly the same respect is not shown to other groups, including conservatives, who are typically portrayed as Neanderthals, hillbillies, nose-pickers, you name it. The liberal brigade that draw most of the cartoons used in today’s newspapers think of Trump voters the same way that Neo-Nazis think of Jews — as Deplorables.

We must never allow anti-Semitism in any form, but perhaps we can learn from this experience to condemn dehumanizing of any group through hateful stereotypes.

1 thought on “Hey N.Y. Times! Editorial cartoons are the responsibility of the editor”

This is not the first time I have noted the death of free speech at Berkeley, but it bears repeating. Sproul Plaza, the birthplace of the Free Speech Movement on the University of California campus, on Tuesday was the site of a violent assault on a conservative activist who was ... 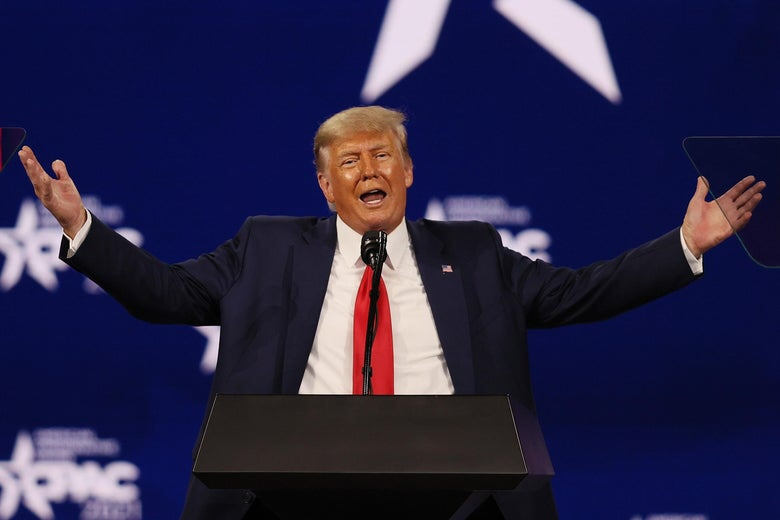 As the concluding speaker at the CPAC convention Sunday, President Trump laid out the path for conservatives to return to power in 2022 and 2024. The Fake News Media will twist and mutilate the speech, but there’s no doubt that Donald J. Trump has a new role model — Grover ...