The story was posted at 8:04 a.m. Eastern time and breathlessly told the scandalous story of how Trump first confessed (at long last lol!) to collusion with those pesky Russians and then panicked and deleted the incriminating tweet. Maybe it was Ambien tweeting! You remember how much trouble Roseanne Barr got into when she downed a couple of those deadly downers. Mediaite doesn’t speculate on why Trump went all goofy, so we just have to guess. But here’s what Mediaite did say:

In a remarkable development, however, it appears that Trump is publicly admitting, for the first time at least, that Russia interference helped get him elected president, as has been stated repeatedly by numerous U.S. intel and Justice Department investigations, including the office of Special Counsel. That is until he deleted the tweet.

That certainly would be remarkable — except it was the kind of off-the-wall, bogus, brain-dead reporting that only a liberal could love.

Here’s the confession, taken out of context, from the middle of a two-segment tweet shouting his innocence and ironically denouncing the Fake News Media:

“I had nothing to do with Russia helping me to get elected.”

To the morons at Mediaite, this is a confession that the Russians did “help” Trump get elected and that therefore Trump is an illegitimate president. Phew! We already know that Russia spent a “couple of hundred” dollars on a Facebook advertising to support Trump (as well as to help Hillary to a lesser degree). That is indeed “help” — to about the same degree that me putting a yard sign up for Trump would have been “help” but it certainly didn’t sway the election. And anyway, as anyone with a dog brain would know (keep evolving liberals; you’ll get there!), all Trump was saying was that he didn’t collude with Russia in the campaign. The same thing he has been saying all along.

It would be laughable if it only appeared at mediaite.com. Sadly other supposedly reputable news sources repeated the nonsense. The New York Times ran it under this headline; “Trump tweets, and then retracts, statement that Russia helped get him elected.”

“All the news that’s fit to print” — yeah right!

Even the New York Times may have been ashamed of its reporting though since the anecdote about the “confessional tweet” doesn’t even appear till the 13th paragraph — in a story with a blaring headline about the supposed misdeeds of the commander in chief.

Now for the best part of all. Trump did delete the tweet for a few minutes this morning — to correct a misspelling of an unrelated word. When the tweet was reposted, it still had the line about not helping Russia. So did Mediaite or the other Fake News outlets correct their report? Hell no! Mediaite added an update at 8:35 a.m. to announce that the tweet was restored，but they couldn’t be bothered to delete their own false headline! Nor could the Times. 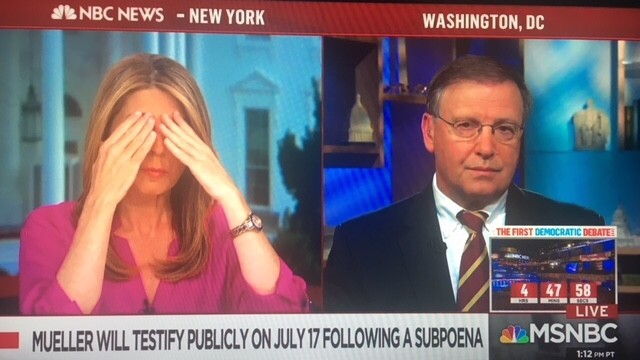 As many of you know, I was a sworn enemy of Fake News long before President Trump popularized the term. I have now collected nearly 100 of my best columns about deception and bias in the Mainstream Media in my new book, “The Media Matrix: What If Everything You Know ...

Montana’s blue counties finally started counting votes again this morning and Sen. Jon Tester has taken the lead. He won’t give it up again. Lots of votes still coming in from Missoula, Great Falls and Bozeman, where Democrat Tester is running strong. We’ve seen similar overnight swings in Montana before, ...