HeartlandDiaryUSA.com Politics – Down and Dirty Three cheers for Bill Barr — A Man For All Seasons!

Three cheers for Bill Barr — A Man For All Seasons!

Attorney General Bill Barr has proven himself to be a man of destiny and like Sir Thomas More is “a man for all seasons.” Both stand for principle and are prepared to stand their ground against the powerful forces arrayed against them.

Barr’s particular straightforward adherence to the rule of law has turned him into a bete noire for the left. His nearly hour long interview with CBS, in which he explained the groundwork for his investigation into the attempted coup against Trump, has infuriated Democrats and their media allies. They won’t be able to chop his head off — as happened to More — but they may very well try to impeach him along with Trump.

Jonathan Chait’s response in New York magazine says it all: “In terrifying interview, Barr goes full MAGA.” We can’t have an Attorney General supporting a great America, can we? Death to the patriots!

So what exactly did Barr tell CBS? Yes, he confirmed that President Trump did not collude with the Russians, but more importantly he said he would get to the bottom of what DID happen, but in a fair and even-handed way.

Asked by Jan Crawford whether he had concerns about the way the Trump-Russia investigation was handled, he said:

Yes, but you know when you’re dealing with official government contact, the intent is frequently a murky issue. I’m not suggesting that people did what they did necessarily because of conscious, nefarious motives. Sometimes people can convince themselves that what they’re doing is in the higher interest, the better good. They don’t realize that what they’re doing is really antithetical to the democratic system that we have. They start viewing themselves as the guardians of the people that are more informed and sensitive than everybody else. They can, in their own mind, they can have those kinds of motives. And sometimes they can look at evidence and facts through a biased prism that they themselves don’t realize.

It should be obvious from the tone of those remarks that Barr is not an attack dog or a mad partisan like Peter Strzok, James Comey or Andrew McCabe. But not does he shy away from common sense. Listen to this part of the interview:

JAN CRAWFORD: But it seems like you have a concern that there may have been a bias by top officials in the FBI as they looked at whether to launch and conduct this investigation?

WILLIAM BARR: Well it’s hard to read some of the texts … and not feel that there was gross bias at work and they’re appalling. And if the shoe were on the other–

WILLIAM BARR: Those were appalling. And on their face, they were very damning and I think if the shoe was on the other foot we could be hearing a lot about it. If those kinds of discussions were held you know when Obama first ran for office, people talking about Obama in those tones and suggesting that “Oh that he might be a Manchurian candidate for Islam or something like that.” You know some wild accusations like that and you had that kind of discussion back and forth, you don’t think we would be hearing a lot more about it?

On the issue of declassifying intelligence documents that may reveal the genesis and the motivation for the investigation against Trump, Barr made it clear that he was his own man, not Trump’s lapdog a la Loretta Lynch.

JAN CRAWFORD: So did you ask the president for authority to declassify?

JAN CRAWFORD: You asked the president?

WILLIAM BARR: Yes and also you know, the direction of the intelligence agencies to support our efforts.

JAN CRAWFORD: So did you discuss this with the DNI and head of the CIA?

JAN CRAWFORD: And what’s their response?

WILLIAM BARR: That they’re going to be supportive.

JAN CRAWFORD: And so you won’t, will you, declassify things without reviewing it with them? It seems like you have the authority to do that.

JAN CRAWFORD: I know you’ve seen some of the criticism and the push back on- on this. Do you have any concerns that doing this investigation, talking about de-classifying certain materials- that that’s undermining your credibility or the credibility of the department?

WILLIAM BARR: No I- I don’t. I think it’s- actually the reaction is somewhat strange. I mean normally–

WILLIAM BARR: Well the media reaction is strange. Normally the media would be interested in letting the sunshine in and finding out what the truth is. And usually the media doesn’t care that much about protecting intelligence sources and methods. But I do and I will.

Ultimately, Barr delivers one of the best assessments I have heard of our current political miasma, and explains why he rises above it:

… I realize we live in a crazy hyper-partisan period of time and I knew that it would only be a matter of time if I was behaving responsibly and calling them as I see them, that I would be attacked because nowadays people don’t care about the merits and the substance. They only care about who it helps, who benefits, whether my side benefits or the other side benefits, everything is gauged by politics. And as I say, that’s antithetical to the way the department runs and any attorney general in this period is going to end up losing a lot of political capital and I realize that and that is one of the reasons that I ultimately was persuaded that I should take it on because I think at my stage in life it really doesn’t make any difference.

The words are powerful, but there is something about the man’s bearing which gives testimony to his humility and his humanity. I was moved by the brief video of Attorney General Barr visiting roadless Alaska the very day when Bob Mueller was on stage in DC sticking a knife in the president’s back. Here’s a link on a Twitter to the moment while watching a native Inuit dance when a young boy sits next to Barr and is welcomed in the most natural avuncular embrace. Like I said, a “man for all seasons.”

Did you know AG Barr is the first Attorney General to visit roadless Alaska villages?
Watch Alaska Native youth in the fishing village of Napaskiak welcome him with traditional dance. @TheJusticeDept #AdventuresWithAGBarr pic.twitter.com/FoGDso24dX

Here is the poetic verse by Robert Whittington that first described More with those words. I think it is well deserved by Barr as well:

“More is a man of an angel’s wit and singular learning. I know not his fellow. For where is the man of that gentleness, lowliness and affability? And, as time requireth, a man of marvelous mirth and pastimes, and sometime of as sad gravity. A man for all seasons.”

I came late to “Atlas Shrugged,” but once I opened my mind to its cadence of socialist catastrophe and capitalist resurrection, I realized that author Ayn Rand had perfectly imagined the world I lived in — the world of looters and political correctness and vacuous intellectuals that we all live ...

I’ve heard the name Jordan Peterson on occasion, but never read any of his work until today. Peterson is a professor of psychology at the University of Toronto and has made it his life’s work to help human beings navigate the stumbling blocks that society puts in front of them. ... 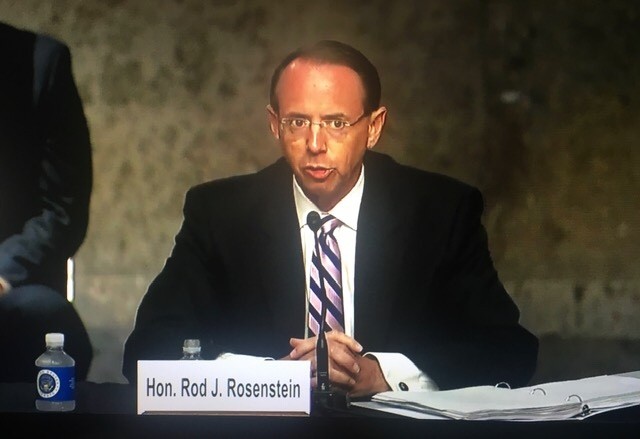