HeartlandDiaryUSA.com Politics – Down and Dirty Andy McCarthy lays bare the legal chicanery behind Mueller’s plot against the president

For some reason, I always seem to be recommending the writings of the same authors — Victor Davis Hanson, Roger Simon, Roger Kimball, Julie Kelly and Andy McCarthy.

Today it is McCarthy’s turn to come front and center with a beautifully lucid piece at National Review called “The Mueller Investigation Was Always an Impeachment Probe.”

In particular we owe a debt of gratitude for pointing out exactly how Mueller has been playing both sides against the middle.

At issue is Mueller’s decision to punt on the question of whether President Trump should be indicted for obstruction of justice. In his startling remarks, Mueller sought to justify himself by citing instruction from the Justice Department’s Office of Legal Counsel. The longstanding OLC opinion, an outgrowth of Nixon- and Clinton-era scandals, holds that a sitting president may not be indicted. The two press offices were struggling to reconcile (a) Mueller’s pointed reliance on this OLC guidance at the presser with (b) his prior disclaimers of such reliance.

Mueller, in his recent inflammatory statement to the press, claimed that he didn’t pursue an indictment because of that decades-old OLC “finding,” which technically has no more legal validity than any other bureaucratic decree that hasn’t been tested in the courts — namely, zero.

The press leaped on that idiotic assertion by Mueller and said that therefore Mueller was inviting impeachment as the remedy against a lawless president who can’t be charged in the courts.

Barr said that on the basis of his communications with Mueller that the OLC ruling had not been the deciding factor. The press decided, based on its political calculations, that Barr is a liar.

But McCarthy points out what no one else has remembered — that Barr based his conclusion on statements made by Mueller in a March 5 meeting — and significantly that there were other people present for that meeting.

… if you were inclined to blame sleight of hand, the culprit would be Mueller. You’ll notice that when we finally heard from him on Wednesday, he lauded Barr’s good faith, never claiming that the AG had misrepresented him. Moreover, the conversation between them on the OLC guidance was not a one-on-one affair. There were other people in the room when Mueller denied that the OLC guidance was his rationale for abdicating. The unimpeached evidence is that Mueller said what Barr says he said.

So if Mueller is equivocating about whether or not the president can be inducted, MCCarthy says, we need to ask ourselves why.

Let’s say that, having convinced himself he had a strong obstruction case, Mueller decided to recommend that the president be charged. That would have forced a confrontation over the issue that has been sidestepped: What are the correct standards for evaluating an obstruction allegation against a president? There would have been a brawl at Main Justice. The report would have been held up while the matter was debated.

More to the point, Mueller and such top staffers as Andrew Weissmann and Michael Dreeben, who have operated at the top echelon of the Justice Department, would have known that the attorney general would win such a battle ten times out of ten.

This is where McCarthy exposes the anti-Trump plot at the heart of the Mueller Report.

Mueller’s staff calculated: If we don’t press the point of indicting the president, the AG and the Justice Department have no reason to dispute our findings, or even take on our analysis of obstruction law. They’ll be so relieved to avoid a fight over obstruction charges, they’ll be willing to let all that slide. And with Congress demanding the report, and the AG having promised maximum transparency in his confirmation hearings, we will achieve our objective: Congress will get our obstruction evidence, with an accompanying legal analysis that tends strongly in favor of finding felony obstruction. That will be the basis for any impeachment proceedings.

This, then, became the plan: Mueller would decide not to decide.

Read the rest at National Review. As always when reading the. I’ve tried analysis of McCarthy, you won’t be disappointed. 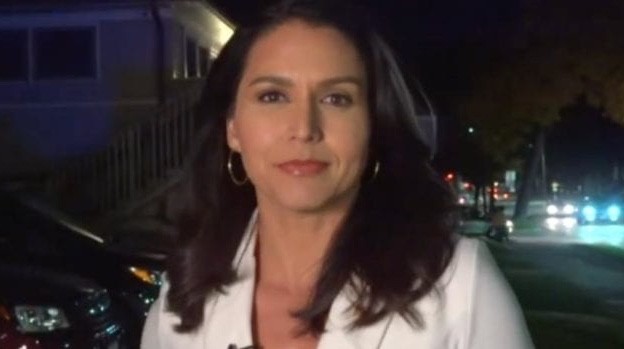 Democrats have been dismissive and patronizing of Republicans for years. No surprise there. In 2008, it was candidate Barack Obama lamenting that working-class voters “get bitter, they cling to guns or religion or antipathy to people who aren’t like them or anti-immigrant sentiment or anti-trade sentiment as a way to ...

Information, as George Orwell taught us, is power. It is also the most easily manipulated currency in the marketplace of ideas. This week in my column at Real Clear Politics, I explored how the information consumer is ripe for exploitation, using the examples of Russiagate and the Jussie Smollett hoax ...