HeartlandDiaryUSA.com Politics – Down and Dirty A tale of two DHS interviews: Morgan si! McAleenan no!

A tale of two DHS interviews: Morgan si! McAleenan no!

If you watched both “State of the Union” and “Meet the Press” this Sunday morning, you got a stark reminder that President Trump will always be under attack by the Fake News Media and that there is only way to fight those attacks — head on!

Both interviews focused on the recent immigration arrests at food processing plants in Mississippi.

Mark Morgan, the acting commissioner of Customs and Border Protection, was brilliant in his response to the usually hostile Jake Tapper on CNN’s “State of the Union.” At every turn, when Tapper would try to mislead the public or spin the issue to benefit Democrats, Morgan would bring the focus right back to the facts.

On the other hand, Kevin McAleenan, the acting secretary of Homeland Security, was unable to push back adequately against host Chuck Todd on NBC’s “Meet the Press.” Todd, as usual, was smarmy and self-righteous as he tried to get McAleenan to condemn his boss — the president — for racial insensitivity because more than 680 illegal aliens were arrested a few days after the shootings in El Paso.

McAleenan politely rebuffed Todd’s idiotic conspiracy theories, but because he wouldn’t confront Todd directly, he wound up looking weak and evasive — ultimately even acceding to Todd’s theory and saying “the timing was unfortunate” that the arrests happened in the wake of the El Paso attack.

Really? Typical Republican vacillation! Give the Dems an inch, and they will take a whole country!

The worst mistake McAleenan made was failing to respond adequately to Todd’s theory that DHS was going after the illegal aliens and letting the employers who hired them off the hook. Yes, McAleenan correctly noted that the employers are under investigation but he could not summon the courage to tell Todd that he was just plain wrong.

Most glaringly, Todd quoted the Immigrations and Customs Enforcement policy on worksite enforcement as saying the following:

“ICE will obtain indictments, criminal arrests or search warrants, or a commitment from a U.S. Attorney’s Office to prosecute the targeted employer before arresting employees for civil immigration violations at a worksite.”

“This looks like the exact opposite,” Todd lectured McAleenan. “You arrested the employees … none of these employers.”

Todd might as well have been lobbing a softball pitch to Babe Ruth. This one was easy to hit out of the park, and instead McAleenan just let the high and inside pitch brush him back and intimidate him.

Mind you, McAleenan had just spent the previous two minutes talking about how the Department of Justice had obtained multiple search warrants to gather information about the employers in order to pursue charges, yet when Todd says that DHS did not follow it’s own policy, McAleenan just let the false claim stand there.

If he had been up to the job, he would have told Todd, “Chuck, we followed the policy you just read to the T. It’s not opposite at all. We obtained search warrants just like the policy says, and pursuant to serving those warrants, we then arrested employees who were suspected of committing civil immigration violations at a worksite. That would have been obvious to you, Chuck, if you were not more interested in committing Fake News than reporting the facts.”

I have no doubt Mark Morgan would have handled it much better. Jake Tapper tried to trap Morgan right from the start with a teary-eyed 11-year-old girl complaining to CNN about her father being detained for an immigration violation at one of the plants. He then quoted a completely unrelated statement by Morgan about ICE supposedly having “violent criminals” as its target in enforcing deportations, and suggesting that therefore arresting illegal workers is never to happen — period.

Morgan crushed Tapper. First of all he pointed out that he “never said that ‘the raids,’ as you called them, would focus on ‘violent criminals.’ I’ve never said that.”

Oops! Tapper quickly backtracked, and admitted that he had added the word “violent” just because he felt like it!

Moreover, Morgan had to explain to Tapper that he had taken the quote about criminals out of context, even while misquoting it.

“That was my response to a question about priorities, and ICE’s priorities will always be to go after criminal aliens as a priority. That doesn’t mean they exclude all demographics. We still have to apply consequences — meaning enforce the rule of law — for those here illegally against immigration law.”

“And also,” Morgan said, “I think words matter. These aren’t raids. These are targeted law enforcement operations. In this case, this was a joint criminal investigation with ICE and the Department of Justice targeting worksite enforcement, meaning companies that knowingly and willfully hire illegal aliens so that in moist cases they could pay them reduced wages, exploit them further for their bottom line.”

Moreover, Morgan took on the CNN technique of starting the interview with the crying girl and suggested it was misleading at best.

“The girl … I know it’s emotional … I know it’s done on purpose to show a picture like that … [but] the majority of time the people who are here illegally they also steal identities of US citizens, they get fraudulent documents Social Security cards and etc, so its not just a victimless crime thats going on here.”

In the final coup de grace, Morgan pointed out that the crying girl’s father had committed a crime and that her mother was at home waiting for her and that they were reunited by ICE just a few hours after the interview. Forget the picture; focus on the facts. 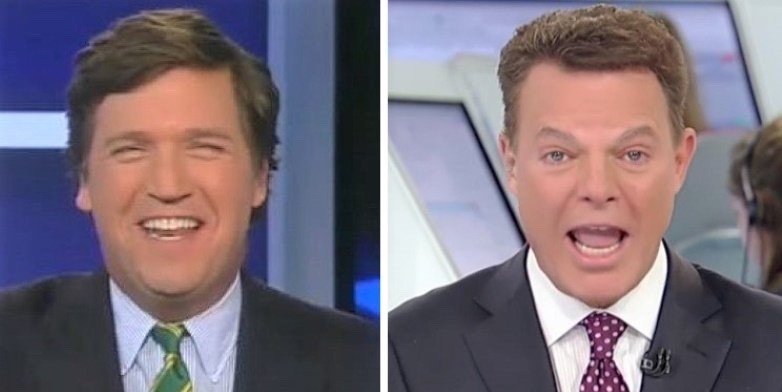 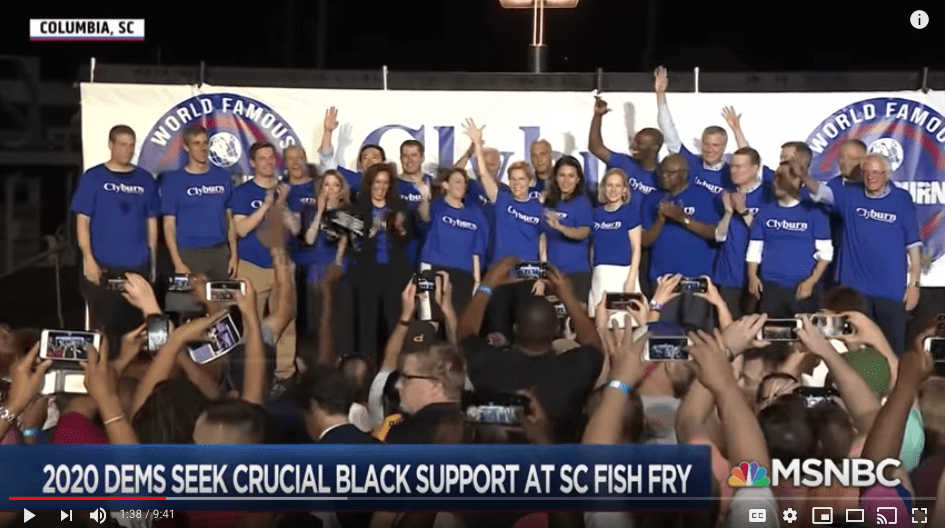 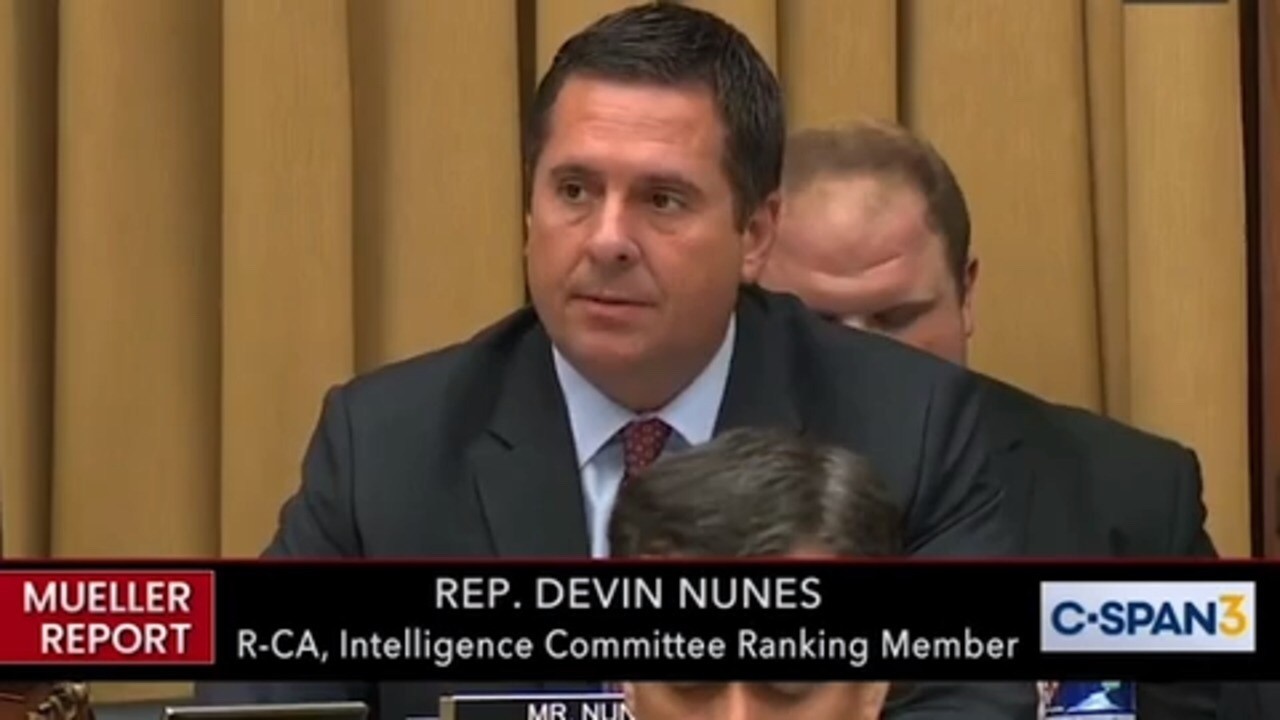 When the history of the fight against the Deep State Coup is written, one name will stand high on the list of the defenders of democracy — Devin Nunes. It was Nunes who in March of 2017 made a highly publicized trip to the White House in which he discovered ...