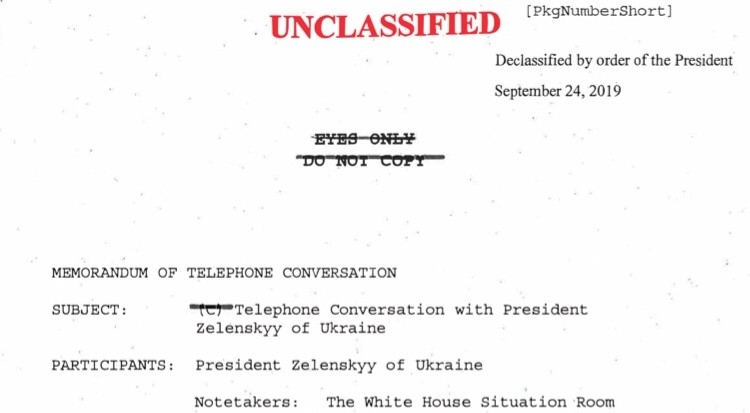 The Washington Post is promoting a far-left conspiracy theory that somehow President Trump is covering up a missing 20 minutes of transcript from his call with Ukrainian President Zelensky.

Forget about the no doubt intentional parallel to the 18 1/2 minute gap on the Nixon White House tapes. Forget about the fact that cutting 2/3 of a 30 minute call and pretending it didn’t happen would be impossible when up to a dozen people heard the call, and most of those people are members of the Intelligence Community that apparently hates Donald Trump.

Let’s put politics aside and just look at the math. If the Washington Post had the slightest semblance of critical thinking, I would not have to point out the error of their ways, but their far-left anti-Trump bias got the best of them.

In a story headlined “Odd markings, ellipses fuel doubt about the ‘rough transcript’ of Trump’s Ukraine call,” the Post gives voice to a conspiracy theory that because Trump said the transcript is complete, it therefore must be incomplete. You know, on the theory that whatever Trump says is a lie — or should I say conspiracy theory!

…the whistleblower complaint that spurred the investigation described an “official word-for-word transcript” of the call — words closely matching the ones used by Trump on Wednesday — creating uncertainty about what was included in the document the White House released last week and what may have been left out.

So then we find out that people are afraid of ellipses because they are often used to signify an omission in a quote. Since there are ellipses in the transcript, the conspiracy theory thus concludes that there are ominous omissions of incriminating evidence. This, of course, presupposes that no one at the Washington Post has ever listened to President Trump talk. Has there ever been a more rambling conversational style employed in the White House? He employs a stream of consciousness technique that might even challenge James Joyce, let alone those CIA schmucks following along in the Situation Room.

The five-page document reports Trump said, “I would like you to find out what happened with this whole situation with Ukraine, they say Crowdstrike… I guess you have one of your wealthy people… The server, they say Ukraine has it.”

In the third use of ellipses, Trump was asking Zelensky about a different theory — also sometimes aired in the extreme corners of the Internet and on some conservative news networks — that Democratic presidential candidate Joseph Biden had, while vice president, demanded the removal of a prosecutor looking to investigate Biden’s son Hunter.

“Biden went around bragging that he stopped the prosecution so if you can look into it… It sounds horrible to me,” according to the call document.

Huh. It sounds like Trump to me. Typical standard Trump talk. Plus the White House has already said that the ellipses just refer to pauses or breaks in the conversation. But that official denial is not good enough for the conspiracy mongers at the Washington Post.

They then resort to their mathematical analysis to “prove” that the White House has squirreled away 20 minutes of the phone call in some Deep State hidey-hole (remember it was CIA analysts listening in on those extension phones, so they must be complicit in the scheme).

Others have noted the brevity of a document purporting to represent a call that lasted 30 minutes. Sen. Angus King (I-Maine) had two of his office’s interns read the call summary aloud, measuring its length with a stopwatch app. The time: 10 minutes 40 seconds, or roughly 20 minutes shorter than the White House’s assertion about the call’s length.

Got that? Now let’s get ready for some “new math.”

The White House summary of Trump’s 30-minute call with Zelensky — which included interpreters because Zelensky spoke Ukrainian while Trump spoke English — includes fewer than 2,000 words, or roughly 65 words per minute. That suggests that the rough transcript of the Zelensky call includes about half the number of words that would be expected if the call had proceeded at the same or similar pace as the previous calls.

OK. Scary right? How did the White House ever think it could get away with this outrage? But wait a minute, let’s look a little deeper into the conspiracy theory. Those interpreters must be pretty important, right? The Wapo innocently notes:

It was unclear whether the interpretation of the Zelensky call occurred simultaneously as the presidents were speaking or took place after a participant had finished speaking. The latter would have affected the speed of the conversation.

Gee, it would have been nice if the Post had nailed down the facts before promoting its conspiracy theory, but let’s go with what we have.

The baseline is the Australian call, which was spoken in English without translation and showed 133 words per minute.

Since the Post says the transcript was almost 2000 words, let’s say the conversation with interpreters included used up about 4,000 words. When you divide 4,000 by the 30 minutes the phone call lasted, you get … drum roll, please! … an average of 133 words per minute — the exact same average as seen on our benchmark call with Australia!

Can we get a giant Pinocchio nose assigned to the Washington Post for its debunked and dangerous conspiracy theory?

1 thought on “Washington Post promotes conspiracy theory about Ukraine call; we debunk it” 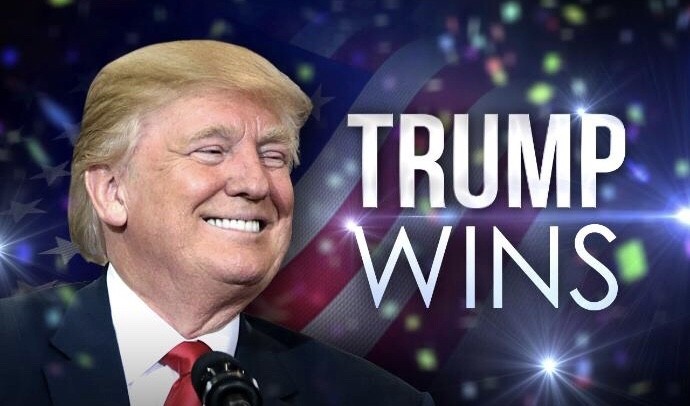 While the COVID-19 pandemic has been unrolling like a prairie fire, President Trump and his allies have been able to accomplish a great deal to restore health to the body politic. Trump has been focused on the health crisis, as he should be, but it has not distracted him from ...