This may be the most unintentionally ironic sentence ever written:

Chuck Todd has had a front-row seat for the spread of disinformation while hosting NBC’s Meet the Press.

The irony is that Wade was approaching Todd as if he were J. Edgar Hoover when he’s really the master criminal.

Todd, of course, is the host of the notorious left-wing propaganda show on NBC called “Meet the Press.” Every week he gathers with a coterie of pampered liberals to chortle and smirk about how Trump and the Republicans are evil Russian stooges trying to destroy democracy. He lampoons conservative guests and lauds liberals. In other words, he spins every interview into a master class on disinformation.

But because the Rolling Stone writer shares Todd’s anti-Trump bias, he has turned Todd into a champion of truth. His article gives Todd a chance to promote his Dec. 29 show where he will supposedly be exposing “the weaponization of disinformation” when actually he is spreading it. You don’t have to believe me — just look at his guest list: the editors of the New York Times, the Washington Post and the New Yorker, the unholy trinity of Fake News.

I don’t have time to debunk all of Todd’s and Wade’s misleading mischief, but I will summarily dispatch the cornerstone of the entire “disinformation” allegation — that Trump advisor Kellyanne Conway was being either stupid or disingenuous when she talked about “alternative facts” in response to a Chuck Todd question at the start of the Trump administration.

The left always has a good laugh about that one, and talks about how “facts are facts” and quotes Daniel Patrick Moynihan’s famous edict that “Everyone is entitled to his own opinion, but not to his own facts.”

Well, much as I admire a witty bon mots as much as the next guy, Moynihan is just wrong. So is Todd. Everyone is entitled to his own facts — or specifically to present his own facts in support of an argument. Facts do not mutate, but they do multiply, as anyone who has ever visited a court of law knows. First, the state presents its prosecution case, laying out the facts in support of guilt. But lo and behold, those are not the only facts. They are just the facts that the prosecutor wants the jury to know.

Then, in a fair process, the defense attorney gets to talk to the jury, and he lays out what can only be called “alternative facts” — facts which the prosecutor did not want the jury to hear because they raise doubt, question the legitimacy of the prosecution argument, or even prove the innocence of the defendant.

Todd and his cronies think they are the only conduit by which facts should be dispersed to the people, and since they hate Trump, they share the “alternative facts” that support their case for disliking Trump or actually impeaching him. This isn’t just a guess; it is a fact — backed up by research compiled by among others the Media Research Center.

Even before the impeachment story got started, coverage of a trump in the mainstream media was 90 percent negative. After the impeachment story broke, the negative coverage soared to 96 percent. That was despite major accomplishments by the Trump administration in the economy (record high stock market, record low unemployment) and foreign affairs (successes in Mideast, the death ISIS Leader al-Baghdadi) and his continued historic popularity among Republicans for his judicial appointments and much more.

Of course, what Todd and the Fake News Gang don’t like is that they don’t control the narrative any longer. What they call disinformation is what the rest of us call thinking for ourselves. It’s the Internet, stupid! NBC and The NY Times no longer own our brains, and they don’t like it.

Sorry, Charlie, but we insist on the whole truth and nothing but the truth, and that includes the alternatives facts you would prefer we never see. Your day is over.

2 thoughts on “Chuck Todd, thy name is Fake News” 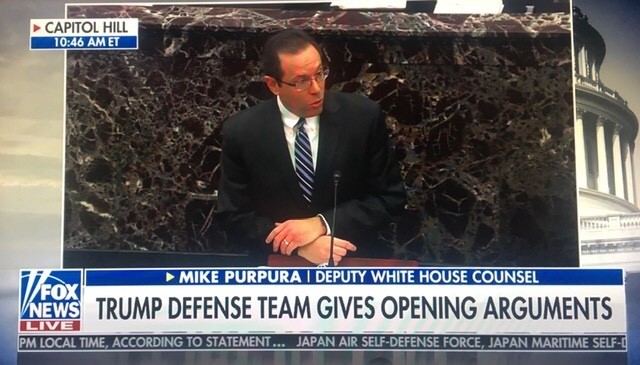 Merry Christmas, shepherds! We are the unlikely, lowly recipients of God’s grace every day. We do our work in the field but keep our eyes on high for signs and wonders. We are faithful servants and simple people. We love our God and our country and want what is best ...