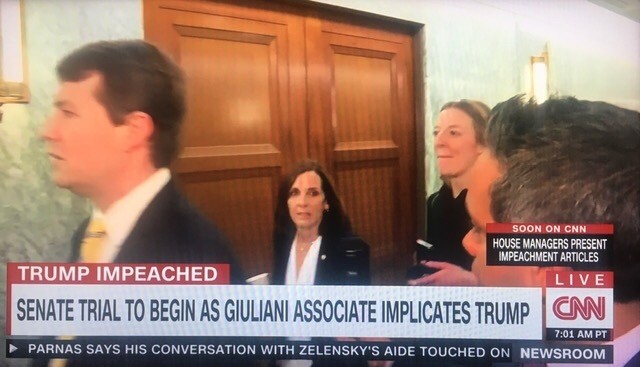 Oh dear! Every cloud has a silver lining — even the dark cloud of impeachment.

I was so happy to stumble across this video of Sen. Martha McSally, R-Arizona, refusing to answer a question from Fake News CNN reporter Manu Raju about whether she would consider new evidence in the Senate trial of President Trump.

Unlike the usual Republican chump, McSally didn’t take the bait. Instead, the senator just kept walking and said, “Manu, you’re a liberal hack; I’m not talking to you.”

When Raju asked, “You’re not going to comment, senator?” she repeated, “You’re a liberal hack.”

OMG, how delightful! The Republican Party is lucky to have some great new women stars in the House and Senate, and they need to play them up. Elise Stefanik and Debbie Lesko in the House and Marsha Blackburn in the Senate have been great at challenging liberal a Fake News orthodoxy.

Now, McSally has outdone them all. With 10 words, she has created the template for what every Republican should say to any request for an interview on CNN. Just change the name, and then add: “you’re a liberal hack; I’m not talking to you.” 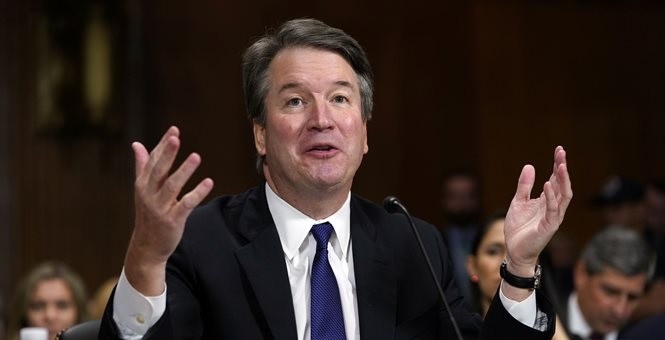 When it comes to Brett Kavanaugh, there are two kinds of journalists — the ones who hate him and will do anything to destroy him and the ones who are fair. The problem, of course, is that the fair ones can only sit idly by while the haters run the ...

I decided to venture into the Deep Swamp of Fake News today to find out how the left-wing media was reacting to President Trump’s decision to declassify the intelligence that led the CIA and the FBI to spy on his campaign in 2016. I needn’t have bothered. The response was ...