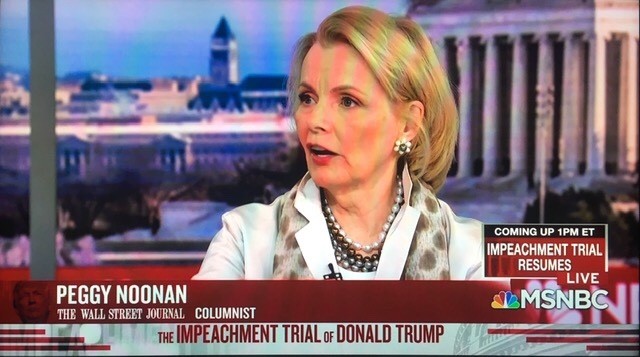 Swamp dweller Peggy Noonan has long since forgotten what it was like to be a conservative, let alone a principled conservative.

The former Reagan speechwriter told her MSNBC playpen pals on Friday Jan. 24, 2020, that the Senate ought to hear from four witnesses in the impeachment trial and says it could all happen very neatly in four days.

Her list? White House Chief of Staff Mick Mulvaney, former National Security adviser John Bolton, Trump attorney Rudy Giuliani and someone else — probably Joe Biden. What a absurd unbalanced list! It would only benefit the Democrat Smear Team, and would not give Trump a chance to prove the collusion between Adam Schiff and the fake whistleblower, nor to prove the corrupt behavior of Biden and his son.

More importantly it shows how out of touch Noonan is when she says this 4-witness plan would not elongate the trial. Of course it would, probably for months as the president sought to invoke executive privilege, not to mention the likelihood that Biden would ultimately decide not to testify anyway.

Moreover, Noonan tips her hand as a Deep State swamp rat when she says Biden is a “victim” of Trump’s “crazy scheme” and then whines about how various bureaucrats were also victims of the president.

Please, Peggy — do us all a favor and just retire. You are an embarrassment to yourself and to the memory of President Reagan. 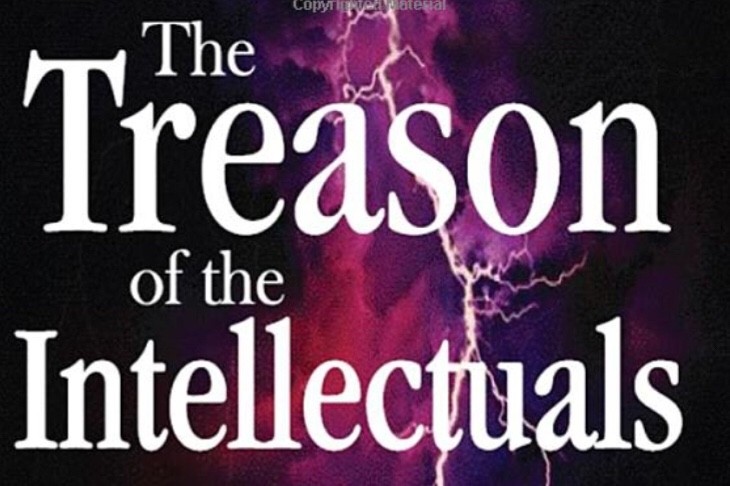 My column at Real Clear Politics today shows how the anti-Trump Resistance, typified by the anonymous author of “A Warning,” follows the pattern set out by a French author in 1928 in “The Treason of the Intellectuals.” It’s the entrenched bureaucracy against the rest of us. “What a tangled web ...