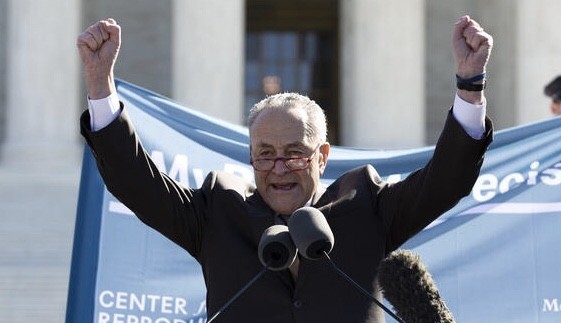 If you still didn’t want to believe that Democrats are dangerous ideologues, just listen to what Sen. Chuck Schumer said about Supreme Court Justices Brett Kavanaugh and Neil Gorsuch today.

Talking about the Supreme Court hearing an abortion-related case, Schumer threatened the justices with language that we usually associate with criminal gangs or Marxist thugs:

Of course, they hadn’t gone forward with anything yet, which is why Schumer was trying to intimidate them before they voted on June Medical Services v. Russo, the lawsuit challenging a Louisiana law that requires doctors performing abortions to have hospital admitting privileges.

This would shut down some abortion clinics by ensuring patient safety is protected. If abortion advocates really care about women’s health, that would seem like a point of bipartisan support, but it isn’t. Here’s what Schumer said:

“Now, we stand here today because behind me, inside the walls of this court, the Supreme Court is hearing arguments, as you know, for the first major abortion right cases since [Justice] Kavanaugh and [Justice] Gorsuch came to the bench. We know what’s at stake. Over the last three years, women’s reproductive rights have come under attack in a way we haven’t seen in modern history. From Louisiana, to Missouri, to Texas, Republican legislatures are waging a war on women, all women, and they’re taking away fundamental rights.”

He then went on to say that Kavanaugh and Gorsuch would pay the price.

Fortunately, Chief Justice Roberts called putting Schumer for his outrageous call for retribution against the justices for doing their jobs.

“Justices know that criticism comes with the territory, but threatening statements of this sort from the highest levels of government are not only inappropriate, they are dangerous,” Roberts said. “All Members of the Court will continue to do their job, without fear or favor, from whatever quarter.”

Naturally, Schumer tried to backpedal. His spokesman Justin Goodman said Schumer was only referring to the “political price” that Republicans will pay for confirming Gorsuch and Kavanaugh to the bench.

That is, of course, completely illogical. Schumer clearly told Kavanaugh and Gorsuch that “you” will pay the price, not some vague reference to the GOP. Also, there should be no “political price” affiliated with court decisions. While they may not please everyone, they need to be respected not just by the plaintiffs and defendants but by the rest of us too.

Schumer needs to be rebuked or censured by the Senate, but one doubts that Mitch McConnell will raise a finger to put Schumer in his place. 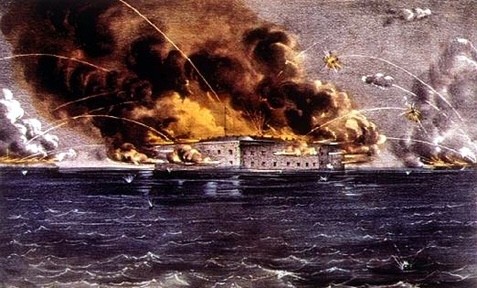 The New York Times put out a story yesterday that said “White House declares war on impeachment inquiry.” At first, I thought “Damn right! It’s about time!” Shop on Amazon for EVERYTHING TRUMP But when I pondered it a little more, I realized that the Times as usual had it ...

If you feel frustrated by the country you live in, especially by the Democrats, you will want to check out the latest rant by “The Old Man.” The Old Man is the creation of Frank Miele and is a symbol of the forgotten man and woman who have been asked ... 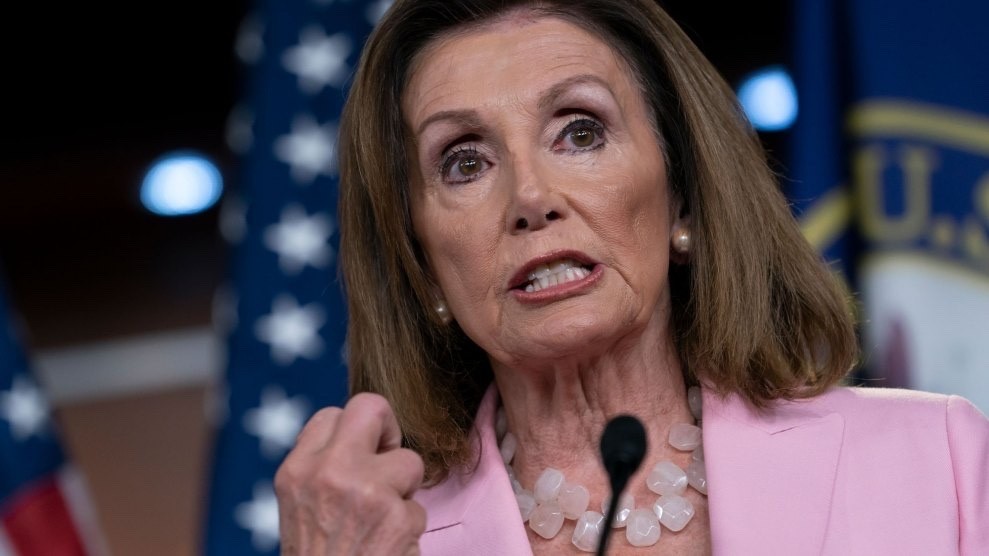 Word has arrived that Nancy Pelosi will authorize the opening of an impeachment proceeding against President Trump on the basis of a hearsay whistleblower complaint about how Trump handled a phone call with the Ukrainian president in July. It would take the fantastical imagination of Rube Goldberg to create the ...