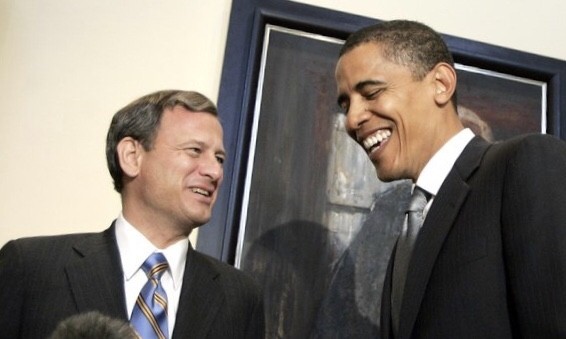 (EDITOR’S NOTE: I speculated in 2015 that John Roberts might be the worst chief justice ever. After Roberts’ ruling today to forbid presidents from rescinding executive orders, we can remove the question mark. Look for this essay in my forthcoming book, “How We Got Here: The Left’s Assault on the Constitution.”)

I’m giving the chief justice of the United States the benefit of the doubt by including a question mark in my headline. There have certainly been bad chief justices before, and bad decisions rendered by probably all of them, but it is hard to imagine a more self-serving, self-important tool of political correctness than John Roberts.

On Thursday, Roberts released the majority opinion in King v. Burwell, upholding the federal government’s assertion that when Congress, or more particularly the Democrats in Congress, wrote that tax credits in the Affordable Care Act were intended only for citizens who used health-insurance exchanges “established by the state,” they didn’t mean it. In fact, according to Roberts, they meant the opposite.

Actually, Roberts doesn’t care what they meant because in his majority opinion he more or less confesses that what is important is not the law, but the outcome.

One thing is certain: The federal government is not a state, and more particularly, the secretary of health and human services — who established the federal exchange — is not a state. But the Supreme Court said they are.

As Justice Antonin Scalia wrote in a scathing rebuke of Roberts:

In reading the majority opinion, it is obvious that Roberts believes that the Affordable Care Act SHOULD work, so he crafted his opinion in order to guarantee that it COULD work, regardless of the facts. He tips his hand repeatedly, as in the concluding paragraph when he writes, “Congress passed the Affordable Care Act to improve health insurance markets, not to destroy them.” It doesn’t matter to Roberts that Congress through its own negligence wrote the law poorly. Like President Obama, Justice Roberts has a pen and a phone, and he used his pen to edit the mistakes of Congress and red-line the liberty of American citizens. From this day forward, liberty is whatever Justice Roberts says it is.

If he and his liberal allies did not intend to WRITE a new law in order to RIGHT the error done by Congress, then they could have simply done what was obvious — rule that Congress through incompetence, hastiness, or guile had written the law in such a way that it had certain inevitable consequences — consequences which could only be rectified by Congress in its role as the sole law-making branch of the U.S. government. If Congress meant to say that the tax credits were for everyone enrolled in the program, it should have said so in the first place, but even if it made a mistake it certainly had the ability to correct it today if that were its wish. The Supreme Court should have said so.

But instead Roberts “intuited” that Congress actually meant to give the tax credit to everyone even though it had failed to say so in plain language, and in fact had said the opposite.

Unfortunately for Roberts’ legacy, the intent of Congress was made plain not just by the legislation itself but also by its prime architect Jonathan Gruber, who in January 2012 explicitly described how Obamacare’s tax credits were intended only for citizens who used state-established health-insurance exchanges, not for customers of the federal exchange.

Here is Gruber’s analysis, recorded on video at the time:

“I think what’s important to remember politically about this is, if you’re a state and you don’t set up an exchange, that means your citizens don’t get their tax credits,” Gruber said. “But your citizens still pay the taxes that support this bill. So you’re essentially saying to your citizens, you’re going to pay all the taxes to help all the other states in the country.”

Gruber made it clear that this language was included intentionally in order to encourage the states to set up their own exchanges by depriving a benefit from them if they did not!

“I hope,” he said, “that’s a blatant enough political reality that states will get their act together and realize there are billions of dollars at stake here in setting up these exchanges, and that they’ll do it.”

In other words, the Affordable Care Act was intentionally structured as it was in order to pressure states into creating health-care exchanges. There’s no way around that, nor is there any way around acknowledging that the Roberts’ ruling now gets states off the hook. Even states that created exchanges originally will now see no need to keep them and their vast bureaucracies, but will likely turn the duty back over to the federal government to expand its death-grip control and authority over every aspect of our lives.

Mind you, I never expected the Supreme Court to rule correctly on the matter of what a state is. If U.S. courts operated on principles of logic and common sense, this case would never even have gotten to the Supreme Court.

According to Chief Justice Roberts, a state is whatever he says it is, which makes him the lead antagonist in the real-life sequel to George Orwell’s dystopian nightmare, “1984.”

Do you remember O’Brien, the amoral defender of the state in that novel, who holds up four fingers and asks Winston how many he sees? Winston responds truthfully that O’Brien is holding up four fingers.

“And if the Party says that it is not four but five — then how many?”

The word ended in a gasp of pain.

That’s how it played out in “1984,” where Winston is tortured until he accepts the fake reality that the government has constructed, but now it is not the Party that creates reality out of nothing; it is the Supreme Court.

Just imagine this same scene with Roberts playing O’Brien, and the question not about how many fingers he is holding up, but what constitutes a state.

“What is a state, Winston?” Justice Roberts asks.

“A state is one of the 50 sovereign units of the country known as the United States.”

“And if the Supreme Court says that a state is not a state?”

The word ended in a gasp of pain.

“What if the Supreme Court says that the federal government is a state?

More pain. More intense. Eventually you give up and repeat what you are told.

“How many fingers am I holding up, Winston?”

That’s easy. As many as the Party says.

Justice Scalia got it right when he said that Obamacare has a new name now — SCOTUS Care, the honorary stepchild of the dishonorable Supreme Court of the United States.

So I’m trying to find some interesting, fun content to put up for you on my new page at YouTube. I started out today by picking the Top 5 hosts on Fox News and Fox Business. You can see the video below! You probably won’t be surprised that four of ... 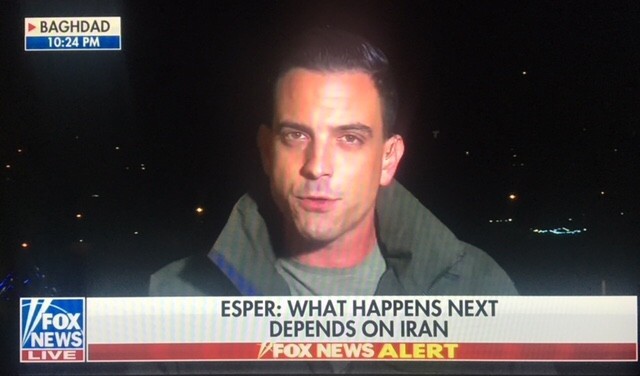