What if China never stopped spreading virus in US? 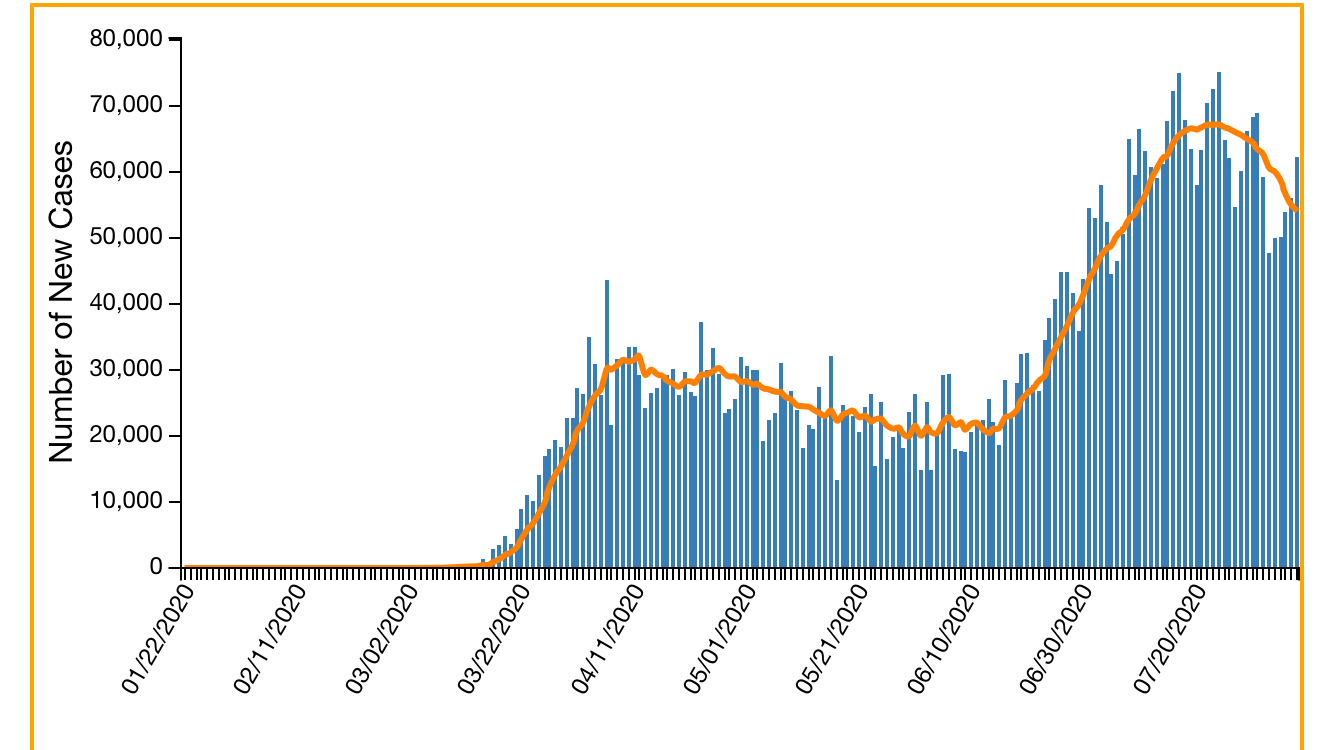 Two interesting stories from last week make a lot more sense if you look at them side by side.

The first story is the report by U.S. counterintelligence chief William Evanina about the “ongoing and potential activity by China, Russia, and Iran” to interfere in the 2020 election.

The second story is the news that there are now more than 5 million cases of COVID-19 in the USA., more than one-quarter of all the cases in the world. You can see the CDC’s graph of new cases in the US here:

So what does election interference have to do with COVID? That is where it proves valuable to overlay the two stories on each other.

Evanina notes in his statement that, “Many foreign actors have a preference for who wins the election, which they express through a range of overt and private statements; covert influence efforts are rarer.”

In the case of Russia, the counterintelligence chief says “Russia is using a range of measures to primarily denigrate former Vice President Biden and what it sees as an anti-Russia ‘establishment.'” This sounds bad, but the worst of it is “Some Kremlin-linked actors are also seeking to boost President Trump’s candidacy on social media and Russian television.” In other words, another round of cheesy Facebook ads!

On the other hand, regarding China, all that the report says is that “China prefers that President Trump – whom Beijing sees as unpredictable – does not win reelection.” It says that China is stepping up its negative rhetoric about the Trump administration, but nothing more.

The difference in the report between Russian “using measures” to help Trump and China merely expressing a “preference” for Biden seems intentional as a way to make Trump look bad, but it is also misleading. Consider this statement in the report:

“Many foreign actors have a preference for who wins the election, which they express through a range of overt and private statements; covert influence efforts are rarer.”

It is obvious that overt efforts to influence the election will be self-evident, and that they can easily be reported and countered. On the other hand, “covert influence efforts” may not be readily apparent — indeed they may never come to light at all depending on the efficacy of one’s intelligence apparatus and the subtlety of the influence effort itself.

So here’s where coronavirus comes into play. President Trump has made no secret of his belief that the Chinese Communist Party intentionally seeded the rest of the world with the virus. He has also suggested that the Chinese wanted to make sure that they hurt our economy so that they would not be the sole country to take a huge hit from the virus and the lockdown measures it necessitated.

So if we acknowledge that China intentionally allowed unrestricted air travel out of Wuhan to international destinations in the early days of the pandemic, then we are essentially confirming that China used bio-warfare against us. How much of a stretch is it to imagine that the Chinese have continued to use the virus in a targeted way against the United States — and particularly against Trump?

The United States is constantly on alert against the threat of nuclear terrorism inside our borders, but how much easier it is to transport biological weapons across borders. A vial or two packed in a suitcase will never be noticed in a million years, but those vials could carry enough biological material to kill thousands, potentially millions.

So now when we look at that chart from the CDC showing new cases of COVID in the US, we need to ask ourselves why the virus was in retreat until mid-June, but then showed a substantial spike until late July? Is it simply because more people went back to work? Remember there are places which didn’t lock down at all that never saw a steep rise in cases. Plus, most experts had expected the virus to retreat during summer, but instead it spiked exactly in the areas where the temperature was highest, across the South.

This could be a coincidence, but if we are looking for “covert influence efforts” to hurt President Trump in the 2020 election, we have to admit that the virus is the biggest threat to his re-election — and therefore the most tempting target for a country like China to manipulate. Of course, the Chinese Communist Party is not going to advertise their efforts to hurt Trump by killing Americans, but if they thought they could get away with it, does anyone think they would not do so?

It is again possibly a coincidence, but it should be noted that on July 22, the US ordered the Chinese consulate in Houston shut down for “espionage and influence activities run out of a consulate.” There was no mention of coronavirus in that order, but the State Department did say that such activities as the consulate was engaged in could rise “to a level that threatens our national security.”

That is certainly interesting and deserves more attention than it has gotten. In response to a question at the briefing on the consulate closure, the State Department spokesman said the following:

“[F]rom where I sit, and if you look at what happened with the corona outbreak in China in 2019, they have been very clear about their intent to be the first to the – to market with a vaccine and the medical connections here aren’t lost on me. And as the briefer noted, the medical connection in Houston is also pretty specific. Over.”

I don’t see an explicit reference in the briefing to a “medical connection,” but US New and World Report the following week published this news:

“China’s espionage effort to recruit American scientists and steal U.S. medical research using its consulate in Houston succeeded in its partial goal of slowing down the U.S. ability to develop a COVID-19 vaccine, according to a previously undisclosed U.S. intelligence report, which also assesses that Beijing does not appear interested in escalating the incident – at least for now – after the Trump administration shuttered the diplomatic outpost last week.”

So we at least know that the Houston consulate was engaged in work related to COVID-19. We also know that Texas is one of the Southern states that saw a spike in new cases starting around June 10. Anything beyond that is speculation, but you have to ask yourself some serious questions.

Well, those are just questions, but I think they are worth asking. What do you think?

1 thought on “What if China never stopped spreading virus in US?” 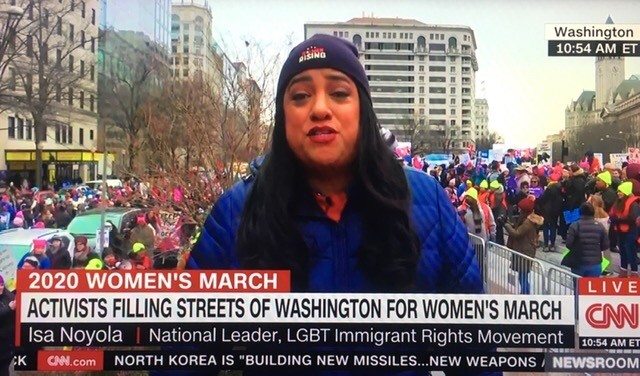 Nothing surprises me anymore, but watching CNN’s coverage of the 2020 Women’s March in Washington, D.C., did leave me shaking my head in disbelief. As Christi Paul began her coverage of the march on “CNN Newsroom,” she announced that she was talking to a member of the march’s board named ... 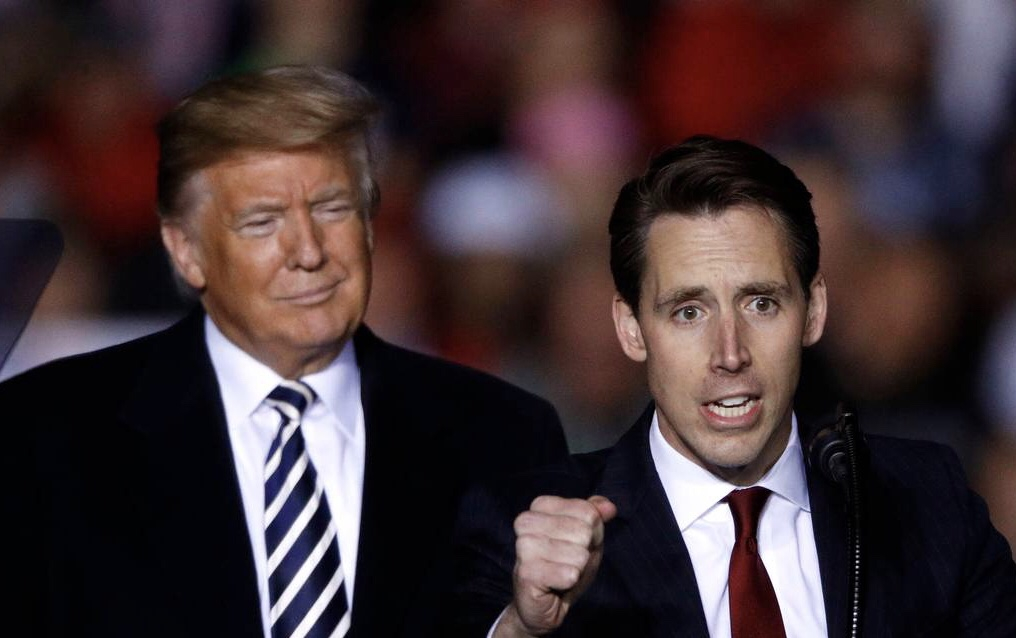 Here’s my new column for Real Clear Politics, taking a look at the historic congressional challenge of the Electoral College results set to happen on Tuesday. So far Josh Hawley is the only senator with guts enough to say the evidence of Joe Biden’s victory deserves a second look. Thank ...