Trump: ‘This is the most important election in the history of our country!’ 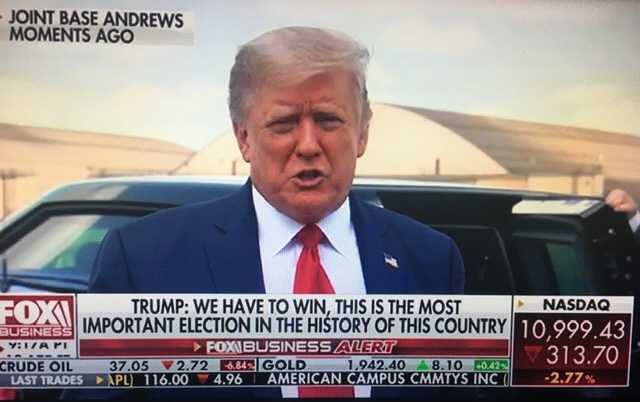 President Trump spoke to the press today — as usual — this time from alongside Air Force One as he headed out on a trip to Florida and North Carolina.

Do you think we will hear from Joe Biden today? Don’t count on it. Do you think the press would ask him any tough questions? Hell no! Do you think Slow Joe could even hear the questions under the roar of Air Force One’s jet engines? Do you think he would roll a teleprompter out on the runway so that he could read a prepared response like he does at his choreographed “press conferences”?

No wonder President Trump said today, “This is the most important election in the history of our country.”

The radical left press will try to spin that as more evidence that Trump is a narcissist. Hell no, it is evidence that he is in full command of his faculties and knows just what he is up against.

The president’s statement came in response to a question about whether he is going to donate money to his own campaign.

“If I have to I would, but we’re doing very well. We needed to spend more money up front because of the pandemic and statements being made by Democrats, which are disinformation. We’ve done a great job with Covid … but the press was fake. …

“We have much more money than we did the last time … but if we needed any more, I’d put it up very soon like I did in the primaries last time. In the 2016 primaries, I put up a lot of money. If I have to, I’ll do it here, but we don’t have to because we have double and maybe triple what we had” in 2016.

Trump said he’ll do “Whatever it takes. We have to win. This is the most important election in the history of our country. We have a radical left group going around … these people there’s something wrong with them … and Joe doesn’t have the strength, he doesn’t have the mental capability to control these people, and you take a look at what’s going on. I look at Pittsburgh, I look at Rochester, I look at LA last night… I don’t think the Democrats have the courage to control these people. They’re afraid to even talk about law and order.”

“The suburbs are next. If you elected this guy, the suburbs would be overwhelmed with violence and crime, so that’s where we are,” Trump said, ending by reasserting his main point:

“This is the most important election in the history of our country.” 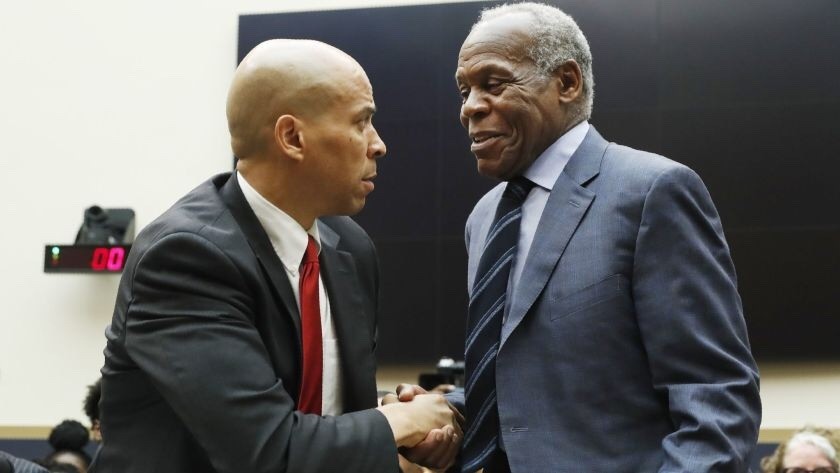 We are just a week away from the next Democrat debates — this time in Detroit. Is there any chance that CNN won’t pander to the black audience there by asking a question about slavery reparations? Of course, the candidates won’t need any help pandering. My column at Real Clear ... 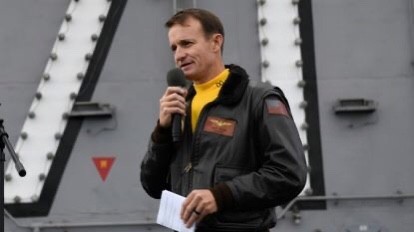 I’m not a military guy, so forgive me if I get this wrong, but three cheers for Captain Crozier! Crozier is the former commanding officer of the nuclear-powered aircraft carrier USS Theodore Roosevelt, who was relieved of command after he sent a letter seeking to have his crew evacuated following ...