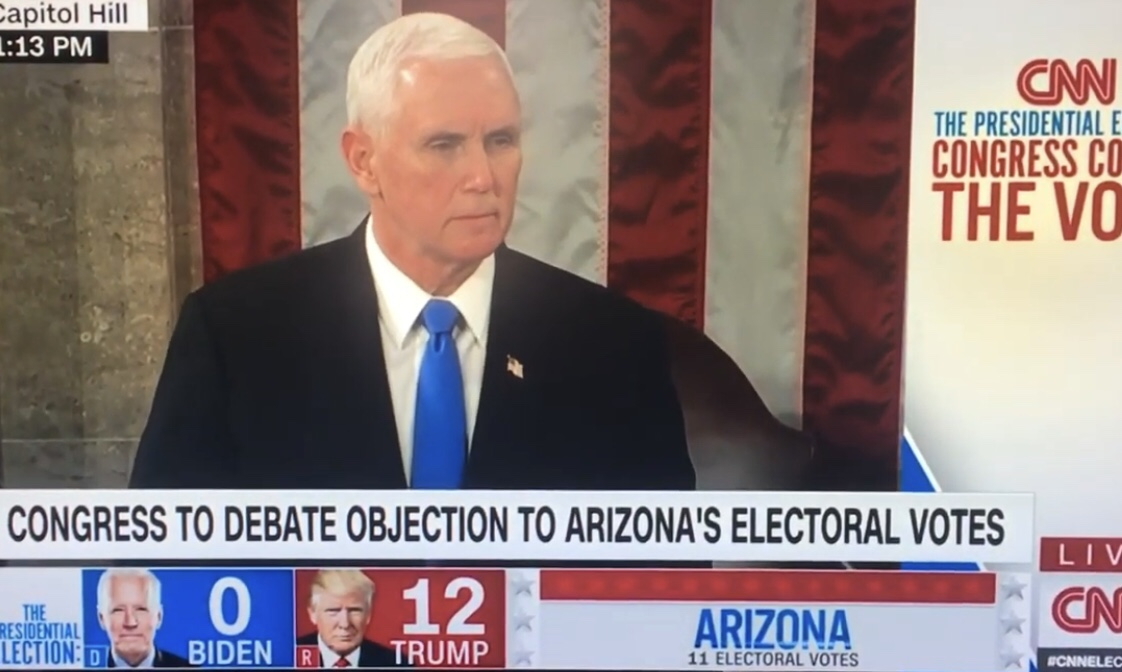 It was a sad day on Capitol Hill today when a large part of the Republican Party surrendered to the Big Steal engineered by the Democrat Party on behalf of Joe Biden.

Vice President Mike Pence presided over a joint session of Congress shortly after issuing a statement saying that he had abandoned President Trump and the rule of law. The votes of the Electoral College in the 2020 presidential election were presented to Congress for review, and a small group of patriots objected to the electoral results from states where the law was not followed.

First up was the state of Arizona (see video). Rep. Paul Gosar and Sen. Ted Cruz rose to object to the fraudulent results, which forced separate 4-hour debates in both the House and Senate. (Similar 4-hour debates will be held for each state whose results are contested.)

It was Adolf Hitler who developed the idea of the Big Lie, which he called a lie so “colossal” that no one would believe that someone “could have the impudence to distort the truth so infamously.” Democrats have now perfected the Big Steal — a heist of democracy so brazen and colossal that the media and the nation’s institutions reject it as impossible. Sad.

Sen. Mitch McConnell was a huge disappointment today, betraying the president and denouncing the senators who believed that fraud occurred.

After Fox News shamefully kept her off the air for two weeks, Judge Jeanine Pirro was back on the air Saturday night, and she didn’t miss a beat as she called out the Deep State, Pencil Neck Schiff, Mad Dog Mueller, the Malevolent Media and more. Pirro, in case you ...