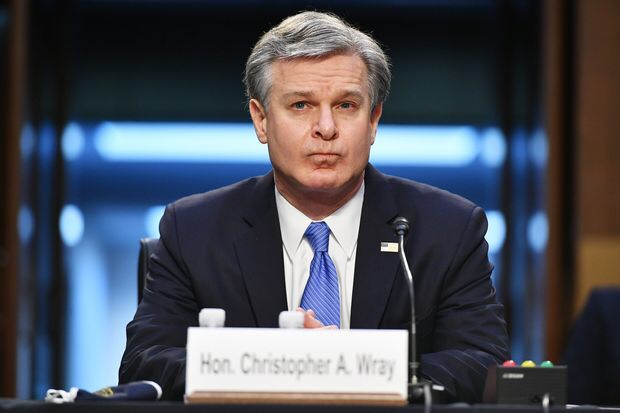 If you want to know the truth, the last place you should go to get it is Congress.

That truism was validated again today when the Senate Judiciary Committee took testimony from FBI Director Chris Wray about the Jan. 6 siege of the U.S. Capitol.

Wray, with the help of senators both Democrat and Republican, covered up the truth about Jan. 6 and its aftermath on a variety of topics. This wasn’t a hearing to gather information; it was a “show hearing” so everyone could cover their ass in the wake of the siege.

Most importantly perhaps, Wray was asked by Fake Republican Sen. Lindsey Graham whether the FBI’s warning about potential violence on Jan. 6 was ignored by Capitol police and presumably congressional leaders. “What should they have done differently,” Graham asked.

Wray said he felt uncomfortable answering and Graham let him off the hook instead of pressing him for answers. “I don’t know how to answer that question myself,” Graham said.

That’s why Graham is a useless poseur who should never be taken seriously.

Graham’s kid-glove treatment of Wray was also evident when he asked Wray about why there are so many National Guard troops in DC today. Wray said he wasn’t the “best equipped” to answer that question. Well then, who the hell is? If there is a national security risk that justifies turning the District of Columbia into an armed camp, shouldn’t the FBI Director know about it? And if there isn’t any such risk, why the hell are the troops and fences and razor wire there?

But Graham just agreed it was a tough question, as if that meant there is no. We’d for answers.

There were many other statements by Wray that showed he was just there to defend the Swamp, and not to serve the public.

Wray, for instance, insisted that the Capitol siege was at least partly motivated by racial hatred and white supremacy. Can anyone anywhere point to any real evidence that what people were angry about on Jan. 6 had anything to do with race? Hell no! People were angry about how the Nov. 3 election was rigged. (See the Time magazine expose on the left-wing conspiracy to block Trump’s re-election!)

It was also obvious that Wray was covering up for the left-wing agitators (probably from Antifa) who were spurring in violence at Capitol.

“We have not, to date, seen any evidence of anarchist violence extremists or people subscribing to Antifa in connection to the 6th,” Wray said.

Wray said there is no evidence of “fake Trump supporters” present at the Capitol, which is ridiculous. Everyone knows that Antifa organizer John Sullivan was inside the Capitol pretending to be a journalist. He was present when protester Ashli Babbitt was shot by a yet unidentified Capitol police officer. If the FBI can’t figure out the truth about him, what else are they hiding?

Wray also refused to reveal a cause of death for Capitol Police Officer Brian Sicknick, who died following the siege. As everyone knows, it was widely reported that Sicknick was killed by protesters who hit him in the head with a fire extinguisher. Yet his autopsy revealed no blunt force trauma, and Sicknick went home after the attack without evidence of any such injury. Until the cause of death is clarified, the media continues to blame his death on protesters, and apparently that’s what the FBI wants people to believe.

The hearing continued on into the afternoon, but after what I saw, I couldn’t stomach any more.

The law firm called the Southern Poverty Law Center has been running a racket for decades to harass conservative groups in order to milk millions of dollars from liberals who want to destroy dissent. The mastermind behind this racket is Morris Dees, who enriched himself many times over by promoting ...