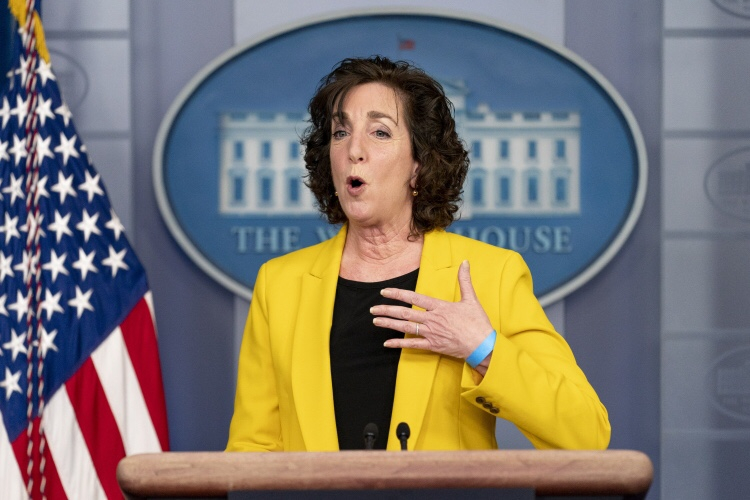 Democrats tell lies. The media repeat the lies. The rest of us swallow the lies, and we wonder why the country is so mucked up. Open borders are a death sentence for democracy. You know it. I know it. But we have to wait around for someone to pull the lever to make it official. Here’s my new column from Real Clear Politics on the slow death of America.

“We hold these truths to be self-evident…”

So begins one of the most pivotal pronouncements in the advancement of human liberty. With those words, Thomas Jefferson threw down a gauntlet at the feet of not just the king of England, but also at Parliament and the entire entrenched elite who, up until then, had reserved power unto themselves by dint of their education, upbringing and wealth.

No more, Jefferson insisted. By declaring the truths of equality and of unalienable rights to be “self-evident,” Jefferson freed the common people from the yoke of oppression they had too long labored under — including the oppression of being told what to think by their “betters.”

This, in sum, is the genius of American democracy, that it was based on “Common Sense,” not just the pamphlet by Thomas Paine but the very concept itself. The American people had discovered that they were well enough equipped by their Creator to take on any task, meet any challenge, confront any oppressor. They could think for themselves. That was the key.

Because Jefferson and the other Founding Fathers gave voice to this revolutionary idea, they were granted authority by the people to conduct a Revolutionary War, deriving (as the Declaration of Independence would have it) their powers “from the consent of the governed.”

It is that same consent which has been the foundation of our democracy for the past 245 years, but it must not be taken for granted. Jefferson posited that “whenever any Form of Government becomes destructive of these ends, it is the Right of the People to alter or abolish it, and to institute new Government, laying its foundation on such principles, and organizing its powers in such form, as to them shall seem most likely to effect their Safety and Happiness.”

Jefferson was right to caution that governments should not be changed lightly, but we must also be cautious of entrenched power and ask whether the people’s consent can be corrupted by a government that has grown hostile to its own citizens’ rights to life, liberty and the pursuit of happiness. In multiple venues of American public policy today, it seems that common sense has been supplanted by doctrine and dogma — a dangerous condition, especially when the people are sufficiently educated to rebuff doctrine with facts.

This conflict naturally results in a serious breach of the consent of the governed, as a people who cannot trust their government to tell the truth will eventually question whether that government is legitimate. That breach is currently as dramatic as it has ever been since the Constitution corrected the errors of the original Articles of Confederation in 1787. You need look no further than the dispute over the legitimacy of the last election to know that the people’s “consent” is being put to the test, but you can also witness that strain in policy debates about transgenderism, gun control, and free speech. Nowhere is it more apparent than in the Biden administration’s bizarre insistence that the border — like its notion of gender — is fluid, transitory and apparently altogether optional.

Roberta Jacobson, who was the U.S. ambassador to Mexico and is President Biden’s “coordinator for the southern border,” gave a press conference last week to explain what the administration was doing to “change our immigration system,” but she might as well have been honest and said it was to explain what they are doing to change our country at its core.

”We can’t just undo four years of the previous administration,” Jacobson (pictured) said, but it looks like they are doing exactly that. Whereas the Trump administration worked tirelessly to halt illegal immigration, the Biden team is rolling out the red carpet. Border wall? Construction halted. “Remain in Mexico” policy? Abandoned. Catch and release? Restored, with busloads of illegal aliens being shipped across the country, many almost assuredly infected with COVID-19.

Jacobson said the United States was investing billions of dollars into Central American countries with the hope that conditions would improve in those nations so dramatically that their forlorn populations would give up the determined trek to our border. The ambassador claimed that this infusion of cash would address the root causes of illegal immigration, which she said are “corruption, violence and economic devastation exacerbated by climate change.”

Really? Sending $4 billion into the kleptocracies of Guatemala, El Salvador, and Honduras is going to make for lesscorruption? In what universe? Our American dollars are going to somehow end violence in those countries? Well, if we can do that, tell me why we don’t spend $4 billion to end violence in Chicago, where Democrat policies saw gun violence and murder jump by 50% in 2020.

What such policy claims represent is a utopian worldview that is divorced from common sense. Jacobson thinks conditions “compel” people to migrate whereas common sense provides clear evidence that U.S. policies for decades have acted as a magnet to attract migration. From her press conference, it is obvious that those policies won’t change for the better. They will get worse. We are going to be “rethinking asylum processing to ensure fair and faster consideration.” According to Jacobson, this is all supposed to provide “hope for families,” but not American families, who will foot the bill and very possibly see their wages decreased or lose their jobs altogether.

This is all contradictory and nonsensical. Out of one side of her mouth, Jacobson tells us that Biden will work to “expand safe and legal avenues to the United States,” but out of the other side she “wants to be clear” that nothing in U.S. policy is intended to “suggest that anyone should make the dangerous trip to try and enter the U.S. in an irregular fashion. The border is not open.”

I suppose the videos of Latin Americans streaming across the border into the United States are just some deep fake production of QAnon or Roger Stone (pick your favorite conservative scapegoat!). Jacobson went so far as to complain that the Mexican cartels were somehow misleading migrants into believing that the border is open. Again, this complaint — the official position of the United States government — violated the common sense that Thomas Jefferson had promised the American republic. Anyone who has watched video of the border in the past week knows full well that the border is open and the crisis is real. We hold these truths to be self-evident.

But the Biden team doesn’t get it. Instead of Trump’s “America First” policy, we now have a federal government that intends to take responsibility for the “hopes and dreams” of foreign nationals. Not just that, but to do so while undermining Americans.

Don’t forget the Democrat plan to grant amnesty to upwards of 20 million illegal aliens. That’s the equivalent of adding 10 times the population of Montana to our nation, and essentially it means that voters in Montana and elsewhere will be reduced to second-class citizens. If our elected leaders can dilute the vote of Americans by engineering a new electorate whenever convenient to do so, either through amnesty or through weakening election rules so that anyone can vote, then consent of the governed is no more than a cheap parlor trick.

The patience of the American people is being tested. Will common sense prevail? Or is it too late?

In case you needed a reminder why we need to fight Islamic fundamentalism, a jihadi warrior shot up a Christmas market in Strasbourg, France yesterday. Nuff said? Shop on Amazon for EVERYTHING TRUMP https://www.cbsnews.com/news/strasbourg-christmas-market-attack-france-arrests-manhunt-suspect-extremism-2018-12-12/ For more background on Fake News, terrorism, and the collapse of constitutional government, read my “Why ... 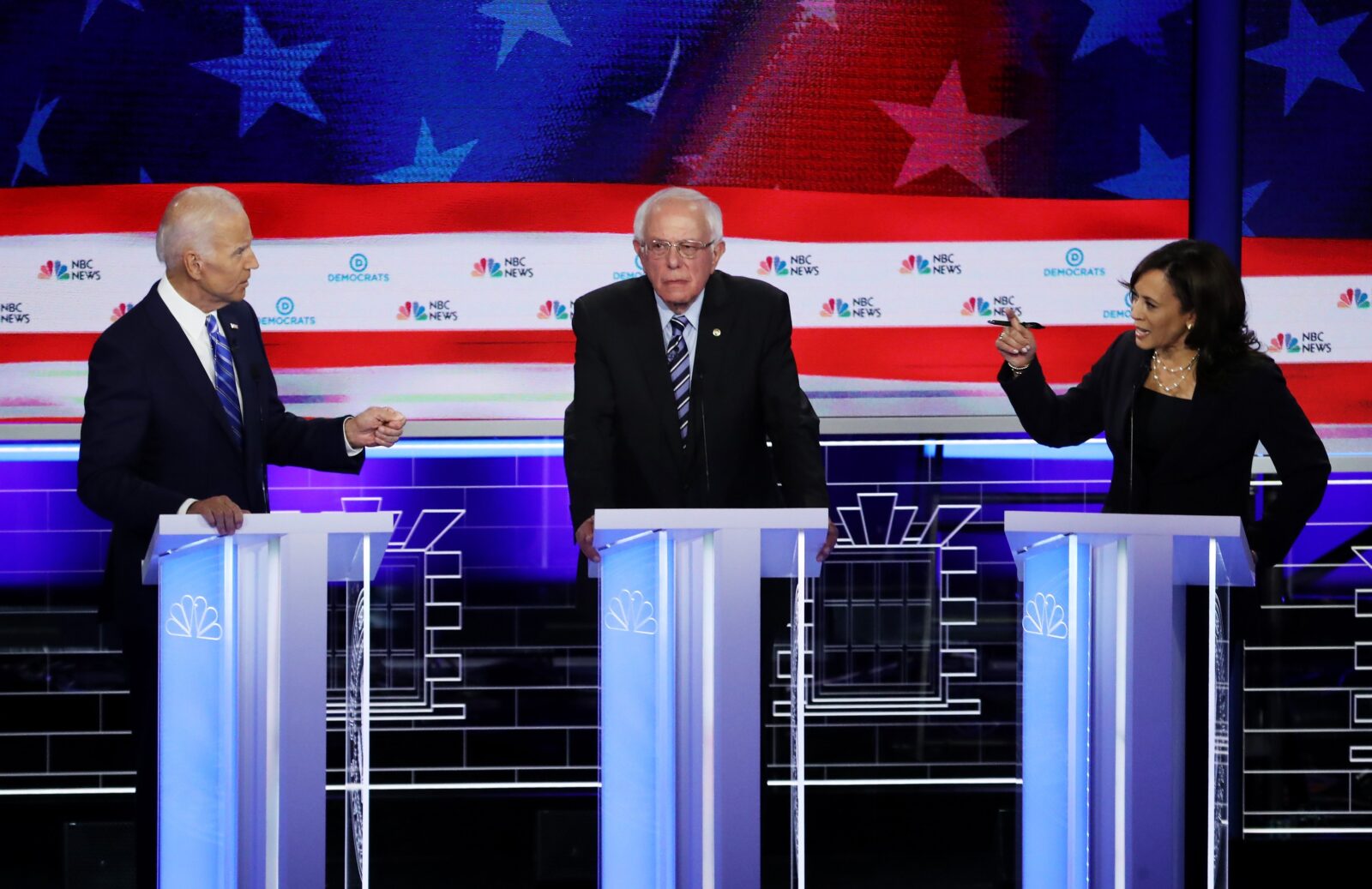 Is it just me, or was the JV night of the Democratic debacle — er, debate — much more interesting, entertaining and informative than the star-studded spectacle the following night?  Yes, night two had its moments, but the moderators were apparently afraid of the high-octane candidates on stage, which resulted ...

I wrote this column for Real Clear Politics before the idiotic Ukraine Witch Hunt began, but it just reinforces my belief that the Never Trumpers need to wake up and smell the coffee. It’s time for all true conservatives to circle the wagons and work with President Donald Trump to ...