For the third time in just over a week, the national media and the national “conscience” have condemned someone on the basis of one-sided reporting that is either not confirmed or not confirmable.

It started with the vicious attack on Rep. Steve King, R-Iowa, for remarks reported by the New York Times that were obviously taken out of context and twisted (unless you think King was taught “white supremacy” in school!). The Republican establishment sided with the left-wing house organ New York Times over their own House member, and savaged King to save face with the politically correct Democrats. Just today, Rep. Liz Cheney, a member of House leadership, said King should resign and never once has raised the possibility that King is a victim of a liberal hit job.

Second, of course was the smear piece by Buzzfeed accusing President Trump of suborning perjury. Before the special counsel’s office called the report inaccurate, i.e., fake news, the national media and Democrat Party were all aboard the impeach Trump now bandwagon. Fools.

The third piece of vicious reporting was not against a public figure at all, but against a Kentucky high-schooler who was attending the March for Life in Washington DC on Friday and had a confrontation with a Native American elder. On the surface, and based on the narrow video clip used in most reporting, it appeared to some that the youth and his group were disrespectful. But for anyone who cares about the truth, we now know the rest of the story.

As Rod Dreher reports in American Conservative, the boy was part of a group of students who were demonstrating peacefully in favor of life when they were challenged by the Native American elder who clearly tried to intimidate the youth by drumming in his face. Moreover, someone with the elder shouts: “White people, go back to Europe. This is not your land.” Watch the full video here:

The youth, who happens to be wearing a Make America Great Again hat, does not respond in kind and instead admirably keeps his cool. He even seems to be trying to calm someone else in his group who is reacting to being insulted. There is no evidence anyone in the student group is taunting the Native American, but rather that he is taunting them.

It is despicable that anyone would spread fake news about the president or a congressman, but it is beneath contempt to try to isolate and shame a high school student exercising his First Amendment right to assemble. 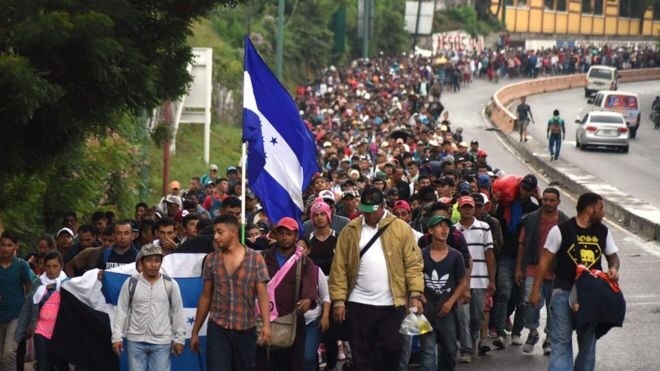 The Associated Press and the mainstream media are up to their usual Fake News tricks as they lib-splain a Trump tweet and get it totally wrong. According to the AP, “President Donald Trump is threatening to remove millions of people living in the United States illegally ahead of formally announcing ...