For my column at Real Clear Politics this week, I decided to leave the mendacity of Robert Mueller behind and tackle a familiar target — Fake News from the Associated Press. As a Montana newspaper editor, I had learned to keep alert for reporting that painted my county, state or region as a hotbed of racism and hatred, so I wasn’t surprised when I saw an AP story with the headline “Hate makes a comeback in the Northwest.” Nor was I surprised when it turned out to be Fake News.” But I admit to being a little surprised that the AP was still relying on the discredited Southern Poverty Law Center as an authority on hate groups… Read on for my response!

AP Relies on SPLC to Spew BS About NW

Nothing angers me more than the casual way that liberals slander people who love their culture as racists or haters.

One of the worst examples of this arose last week in a widely reprinted story by the Associated Press.

The APâ€™s Nicholas K. Geranios, who got his start in Montana, wrote a piece called â€œHate makes a comeback in the Pacific Northwest,â€  which smears an entire region over his apparent fear of the beliefs of a few individuals.

As editor at a Montana daily newspaper for years, I saw this kind of throwaway journalism from the Associated Press on a regular basis. Among the stories included in my book, â€œThe Media Matrix,â€ more than a few of them hold the AP to task for bias and carelessness. This story by Geranios fits the definition of Fake News to a T.

First of all, it associates the words â€œfar rightâ€ with â€œhateâ€ without any evidence other than the phony hate list compiled by the discredited Southern Poverty Law Center. â€œHateâ€ does not fall within the political spectrum of â€œright or left,â€ but within the spiritual spectrum of â€œgood or evil.â€

(Morris Dees was fired by the SPLC he founded after allegations of racism came out against the man who got rich by accusing others of racism.)

Third, the photograph distributed with the story and used by papers like the Los Angeles Times and the Santa Fe New Mexican shows scary skinheads in Idaho, but from 1998, not 2019. This belies the claim that hate has seen a â€œcomebackâ€ of some kind in the Northwest.

(AP misleadingly used this photo from 1998 of a skinhead in Idaho to illustrate a story claiming that hate is on the rise in the Northwest in 2019.)

Fourth, the Aryan Nations (insofar as the group exists at all today) does not fall under the ownership of â€œthe Northwest.â€ In fact, since 2002, the groupâ€™s surviving remnants (if they exist at all) have been located in Pennsylvania, South Carolina, New York City and Texas.

It is disturbing that Geranios uses the politically charged SPLC as his authority for what is a hate group despite the fact that the organization has been ripped in recent months with allegations of harassment of women and discrimination against blacks. The group, which fired its founder Morris Dees in March, has been exposed as a corrupt racket that enriched itself by fomenting fear and targeting organizations as hate groups because they are conservative.

Yes, some of the groups the SPLC highlights are indeed racist, but others are considered hate groups for the simple reason that they promote Christian beliefs based on the Bible or because they champion Western culture. Such is the case with Act for America, which Geranios lumps in with the other â€œhate groupsâ€ or â€œwhite nationalists.â€

Act for Americaâ€™s mission statementspells out that it works â€œto educate, engage, train and mobilize citizens and elected officials to impact legislative outcomes and ensure the safety and security of Americans against all threats foreign and domestic while preserving civil liberties guaranteed by the Constitution.â€

Moreover, the groupâ€™s official policy is that it â€œhas never, and will never, tolerate any bias, discrimination, or violence against anyone, based on their religion, gender, race, or political persuasion. Freedom to practice one’s religion in peace is afforded to each of us by the U.S. Constitution and we will defend it vigorously.â€

I donâ€™t know about you, but Iâ€™m not sensing the hate. Nor have I ever met a member of Act for America who espouses hate or promotes white nationalism, though they probably exist just as such people exist in every milieu.

Loving oneâ€™s culture and heritage is a fundamental expression of human nature. It is seen in every culture that has ever sprouted across the globe, from the smallest tribe in the Amazon to the largest nations such as China and Russia. But just because a Montana Indian tribe wants to preserve its native language, for instance, does not make it a hate group. Preservation of culture is an expression of the value of diversity, not an insistence on one way of life over all others. Certainly, under President Trump, national pride has increased, but pride is not hate.

Moreover, if Geranios were going to rely on the Southern Poverty Law Center for his claim that hate was on the rise in the Northwest, he should have taken a look at the SPLCâ€™s â€œhate map.â€ What he would have found is that the Pacific Northwest, along with the interior Southwest, shows the least amount of hate of any region in the country. The Northwest states of Washington, Oregon, Idaho, Montana and Wyoming accounted for 61 groups that the SPLC says promote hate, and that includes considerable duplication of groups that are found in more than one of the states.

California, on the other hand, accounts for 83 â€œhate groupsâ€ by itself. Texas has 73. If you want to find the real hotbeds of hate, you have to look to the Northeast and the Southeast, where there are hundreds of â€œhate groupsâ€ listed. Indeed the Great Plains and Mountain States look like a large oasis of reason surrounded by the hate centers of the West Coast, the East Coast, the South and the Midwest. The SPLC brags that â€œin 2018, we tracked 1,020 hate groups across the U.S.â€ The fact that only 61 of them were in the Northwest should be celebrated by our region, shouldnâ€™t it?

Sorry, AP, but you blew it when you relied on the SPLC to spew BS about the Northwest.

It appears that the proximate cause of Geraniosâ€™ story was the fact that an Idaho womanâ€™s boyfriend is Martin Sellner, a well-known white nationalist from Austria who wants permission to enter the United States. According to Geranios, â€œthe Kootenai County Republican Central Committee passed a resolution urging the federal government to allow Sellner into the United States. The resolution said the government revoked Sellnerâ€™s travel privileges â€˜for political reasons,â€™ and demanded those privileges be reinstated.â€

If the Associated Press wanted to write a story about Sellner, his girlfriend or the Kootenai Republican Central Committee, that is all well and good. Itâ€™s fair game, but donâ€™t use that simple local story as a launch pad to condemn an entire region.

I have to wonder if Geranios is worried about whatâ€™s happening in the Northwest at all, or whether he has an ulterior motive. In addition to taking a shot at the Kootenai County Republicans, he also manages to target another Republican as part of his â€œevidenceâ€ of hate making a comeback. Could the real message here be that the Associated Press is worried about Republicans?

According to Geranios, a Washington state legislator named Matt Shea, who has served in the state House since 2009, is part of the â€œhateâ€ problem. After all, Shea has been â€œintroducing bills to criminalize abortion and roll back gun laws and pushing for eastern Washington to secede from the rest of the state.â€ Two of the photos included with the story feature Shea promoting gun rights and the Second Amendment.

Sorry, but if those views make you a far-right extremist, then virtually every Republican is an extremist in the eyes of the AP. Come to think of it, that probably is a more accurate statement than the claim that hate is making a comeback in the Northwest. Shame on the Associated Press.

Visit my column at Real Clear Politics to read the comments or to leave your own.

My new book is â€œThe Media Matrix: What If Everything You Know Is Fake,” which offers many examples of the press being the enemy of the truth. To support my work, please consider buying â€œThe Media Matrixâ€ or my “Why We Needed Trump” trilogy, which documents the downward spiral of the USA before Trump arrived on the scene. The books are available at Amazon in paperback or Kindle editions. Go here for a free sample: https://www.amazon.com/gp/aw/sitb/B07PDQBJM4 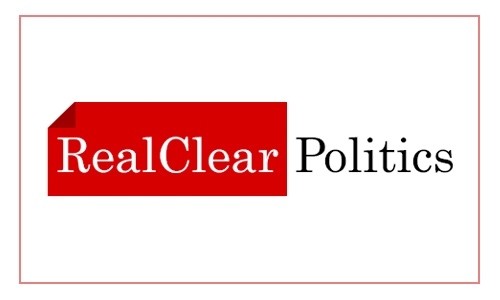 Roger Simon of PJMedia wrote a piece praising Real Clear Politics yesterday, and I just had to share it. This has nothing to do with the fact that I am a columnist for RCP. I would be singing the praises of Real Clear Politics whether I wrote for the website ... 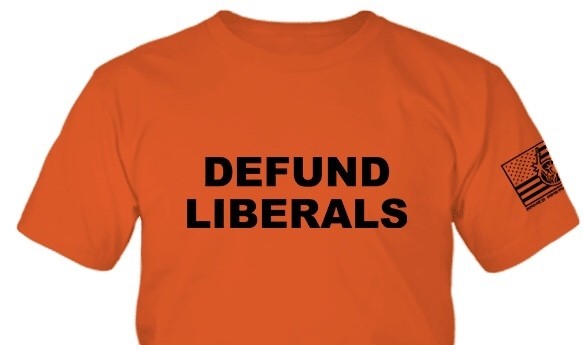 It’s time that we take note and recognize that we are living in the middle of a cultural revolution, which I propose to call Woke War One. Every day some new idiocy surfaces, which reveals how out of touch with reality the politically correct mob is. In fact, it’s usually ...