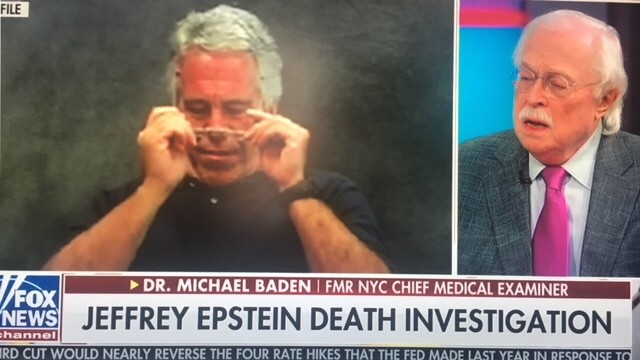 Chaucer said it best: “Murder will out.”

Although he had been tried on sex-related charges previously, he had mostly escaped justice. Then, earlier this year Epstein was jailed in New York on sexual assault charges dating back many years. While in federal prison he died of strangulation on August 10, and his death was ruled by the New York City medical examiner to be a suicide.

Today, Michael Baden — one of the best-known forensic pathologists in the world — announced that “the evidence points toward homicide rather than suicide” in Epstein’s death. Baden appears on “Fox & Friends” to make his announcement:

The bombshell claim by Dr. Michael Baden, a former New York City medical examiner who has worked on high-profile cases during a five-decade medical career, is certain to reignite suspicions that surfaced immediately after Epstein, who was awaiting trial on federal sex-trafficking charges involving underage girls, was discovered dead in his cell on Aug. 10. Baden, who was hired by Epstein’s brother and observed the autopsy, told Fox News its findings are more consistent with homicidal strangulation than suicidal hanging. He noted that the 66-year-old Epstein had two fractures on the left and right sides of his larynx, specifically the thyroid cartilage or Adam’s apple, as well as one fracture on the left hyoid bone above the Adam’s apple, Baden told Fox News.

“Those three fractures are extremely unusual in suicidal hangings and could occur much more commonly in homicidal strangulation,” Baden, who is also a Fox News contributor, said. …

“I’ve not seen in 50 years where that occurred in a suicidal hanging case,” the 85-year-old medical legend told Fox News.

Baden seems to think that there has been a rush to judgment, though he suggests possibly the feds are still working the evidence.

More likely, Baden’s work will be dismissed as the addled imaginings of an 85-year-old doctor trying to reclaim the spotlight, and the case will sink back into the muck of the Swamp.

I praised Attorney General Bill Barr in my earlier story about Epstein, noting that Barr had acted quickly and promised to get to the bottom of the suspicious death that took place while Epstein was in federal custody. But let’s face it, Barr has been busy with other matters the past three months, and there’s no guarantee he hasn’t taken his eye off the ball in this case while trying to get to the bottom of the Russia collusion hoax.

You can read my earlier story for my theory about how Epstein died. Based on everything I have read, I still think it is the most likely scenario for what happened when Epstein died. Of course it is also just conjecture. Until we get more facts, it may never be proven that Epstein was “silenced” in a contract killing, but at least now there is no chance the official story will be considered the last word.

It has long been rumored that civil rights icon Martin Luther King Jr. was a deeply flawed human being who engaged in inappropriate sexual behavior, but that has not diminished King’s stature as a history-changing figure who increased liberty for millions of people. Now, however, a King biographer who is ... 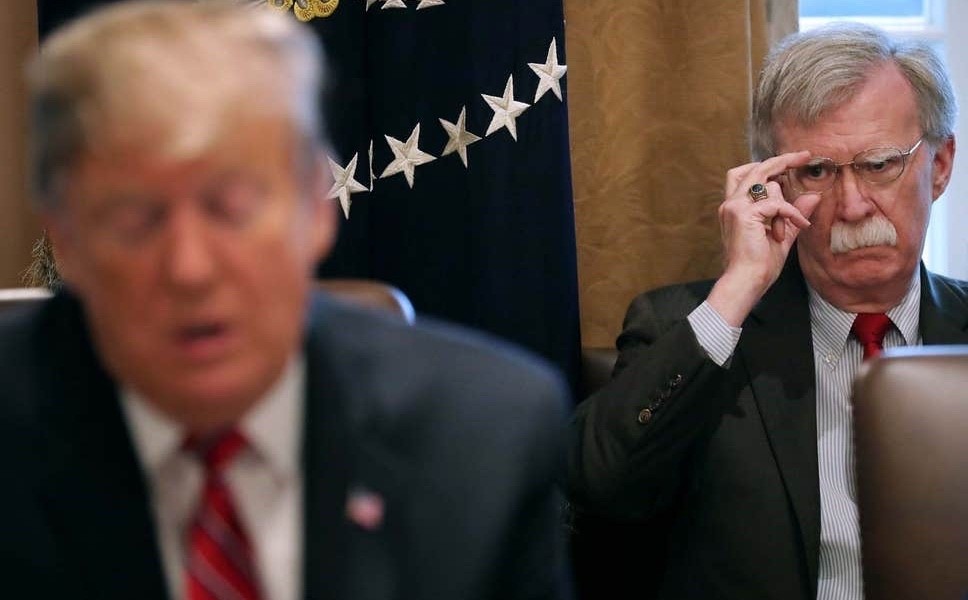