HeartlandDiaryUSA.com Politics – Down and Dirty Joe Biden is a big joke, but he’s still No. 1 for Democrats. Here’s why!

Joe Biden is a big joke, but he’s still No. 1 for Democrats. Here’s why! 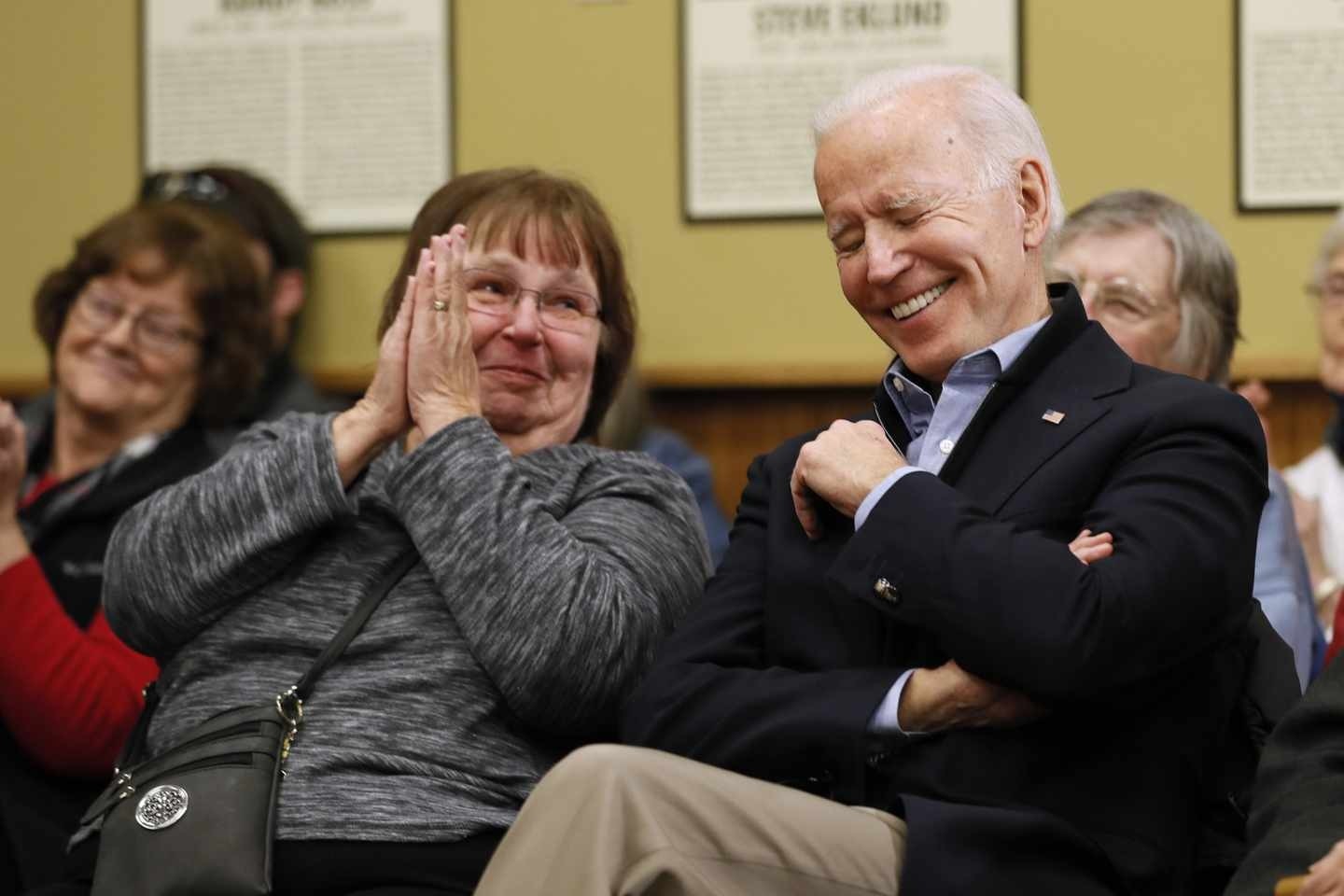 Joe Biden is a joke. At least he is a joke to anyone who isn’t drinking the Democratic Kool-Aid. That’s why he never was a serious candidate in any of the previous lifetimes when he ran for president, but now that he is 77, he seems to be immune to criticism for his brain lapses, his groping of young girls in public or his public confession to bribery of the Ukranian president to fire a prosecutor or else lose a billion dollars in U.S. aid. searched my brain for how Democrats can still consider him their No. 1 choice, and I came up with one solution — Biden is lucky in his choice of enemies. This is my column today at Real Clear Politics.

Are Dems Crazy? How Can Biden Still Be Their No. 1 Choice?

I don’t know about you, but I seriously overestimated the intelligence of the average Democrat voter. How in God’s name can they still support Joe Biden for president?

Honestly, I never expected Uncle Joe to do well in the first place. After all, he is a known serial plagiarizing groper with a dysfunctional brain that’s consistently out of synch with reality. Other than that, he’s OK. Oh, wait, he’s also an old white guy. Isn’t that a disqualifier for Democrats if your name isn’t Cranky Bernie Sanders?

So yeah, I thought Biden would stay safely retired throughout the 2020 campaign. And when he got in, I thought the luster would wear off quickly and the radical Dems would throw him under the bus. Instead, he has hovered between 25% and 30% in the national polls and has never left first place. How can this be?

Isn’t this the candidate who called an octogenarian voter “fat” and challenged him to a push-up contest? Isn’t he the same “Creepy Joe Biden” who bragged about letting children stroke his leg hair and jump on his lap when he was a lifeguard? Didn’t Biden just do his best Hillary impression by telling coal miners that they should forget about their hefty paychecks and instead go to night school to learn how to code software? Heck, couldn’t he have just been honest and told them that everyone will eventually wind up working at an Amazon warehouse anyway, so get used to it?

In any normal campaign year, Joe Biden would have preceded Eric Swalwell and Bill de Blasio to the exit. All right, maybe not Swalwell. But this is not any normal political campaign.

I guess you might say that Biden has been fortunate in his choice of enemies. That’s certainly true regarding his Democratic opponents. Elizabeth Warren and Bernie Sanders definitely scare establishment Democrats who realize that most of America is firmly in the anti-socialist camp. You can fool some of the Deplorables some of the time, but you can’t fool all the Deplorables all of the time. So Biden might look like the safe choice when sizing him up against Fidel Castro-lite.

But aren’t there any other “safe” candidates for Democrats to call upon to prevent their party from committing political suicide by nominating a socialist? Or is it Joe Biden or bust?

Maybe. After all, most of the other Democrat candidates were virtue-signaling senators like Kristen Gillibrand and Kamala Harris, with a few delusional governors like Steve Bullock and Jay Inslee thrown in. Their main qualification seemed to be that each of them wanted to be president badly, and they proved it by running their campaigns badly. The Biden boat floated higher every time the party threw another one of these posing politicians overboard.

Then you’ve got the Pete Buttigieg phenomenon: Alfred E. Newman for president. “I was class president in third grade, so vote for me and I will fight for your right for longer recesses and non-gender locker rooms.”

Am I forgetting anyone? Fortunately, yes. A couple of billionaires — Mike Bloomberg and Tom Steyer — who thought they could use their own money to buy the presidency; a millionaire — Andrew Yang — who thought he could use someone else’s money to buy the presidency with his guaranteed minimum income handed out by the U.S. Treasury; and Beto Oâ€™Rourke, of whom the less said, the better.

Plus a dozen others. Maybe one of those primary opponents could have risen up and put Joe out of his misery, except for one unforeseen element — President Trump’s July 25 phone call with the president of Ukraine

By mentioning Biden’s role in getting a Ukrainian prosecutor fired, Trump unintentionally changed the entire dynamic of the 2020 election cycle. We won’t go into the details of how Bidenâ€™s son Hunter had obtained a cushy job on the board of the Ukrainian energy company Burisma Holdings, or how Burisma had been under investigation for corruption for years, or how the former vice president thus had an apparent conflict of interest when he intervened by threatening to withhold U.S. aid unless the investigating prosecutor was summarily fired.

Suffice it to say that by mentioning the scandal in his conversation with President Zelensky, which was later made public by a “whistleblower” complaint, Trump had accomplished two things that no one could have anticipated — first, he inoculated Biden from criticism by his Democrat opponents and, second, he sucked all the oxygen out of the Democratic primary campaign by igniting the media conflagration known colloquially as the “Impeachment Hoax.”

Suddenly, Biden was elevated to a folk hero among the Democrats on the sole basis that he had become Trump’s favorite target. By the perverse logic of “Trump Derangement Syndrome,” Biden’s involvement in the Ukraine was off-limits. Joe and Hunter had already been investigated and cleared of wrongdoing, we were told, although no one ever said who had done the “investigation,” nor where we could find the report. The only thing certain was that the Fake News Media didn’t investigate, and had no intention to do so.

How convenient for Biden. As I said, he was lucky to have President Trump as an enemy, and it doesn’t end there.

Going forward, the former vice president will continue to reap dividends from that July 25 phone call. Assuming that Speaker Nancy Pelosi ever locates the two missing articles of impeachment and forwards them to the Senate for trial, three of Biden’s most significant opponents â€” Sanders, Warren and Amy Klobuchar (not to mention vice presidential “candidate” Cory Booker) â€” will be locked up in the impeachment proceedings during the all-important Iowa caucuses and New Hampshire primary, possibly even through Super Tuesday on March 3 if Pelosi stalls long enough. By default, that will turn the campaign into a race between Biden and Buttigieg, with a couple of billionaires and a millionaire thrown in for good measure.

Biden could not have asked for anything better. Hell, if he can’t beat Alfred E. Newman, there is no chance he could have beaten Trump in November anyway.

Frank Miele has spent four decades in the news business and now offers conservative commentary to counter the left-wing bias in the national media. If you enjoy reading these daily essays, I hope you will consider purchasing one of my books. They are available through the following Amazon links. My new book â€”Â “The Media Matrix: What if everything you know is fake?”Â â€” shows that Fake News has been around for years. The “Why We Needed Trump” trilogy tackles the politics of the last two decades:Â Part 1Â is subtitled “Bushâ€™s Global Failure: Half Right.”Â Part 2Â is “Obamaâ€™s Fundamental Transformation: Far Left.”Â Part 3Â is “Trumpâ€™s American Vision: Just Right.” Also consider subscribing to Heartland Diary on YouTube by clickingÂ hereÂ for News Every Conservative Can Use. 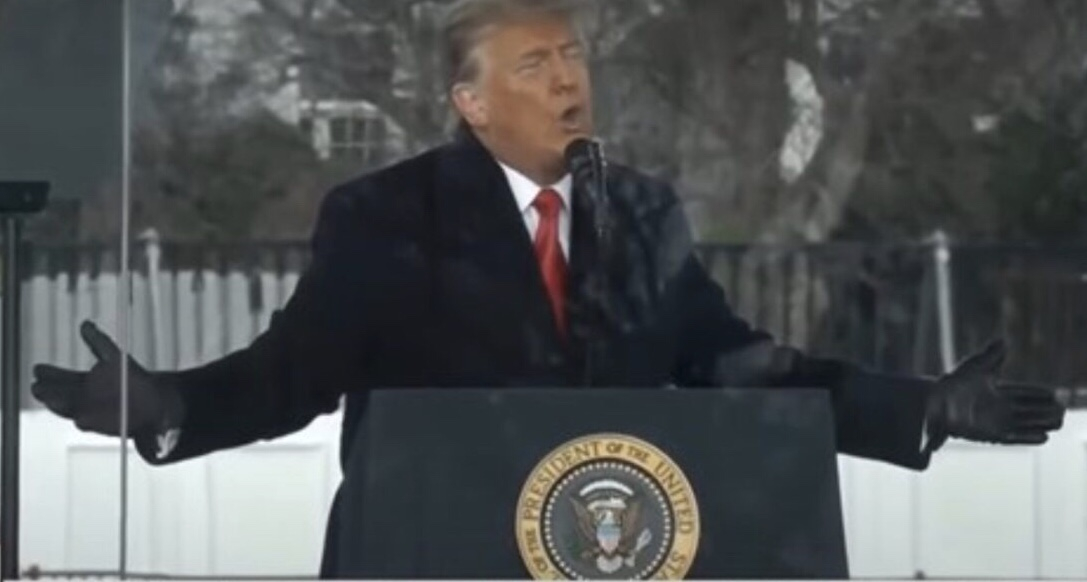 Apparently Rupert Murdoch really doesn’t like the common people of America, nor our leader — Donald Trump. After unleashing Fox News on traditional American conservatives during the last six months, Murdoch has now sicced his Wall Street Journal on us as well. Shop on Amazon for EVERYTHING TRUMP In a ... 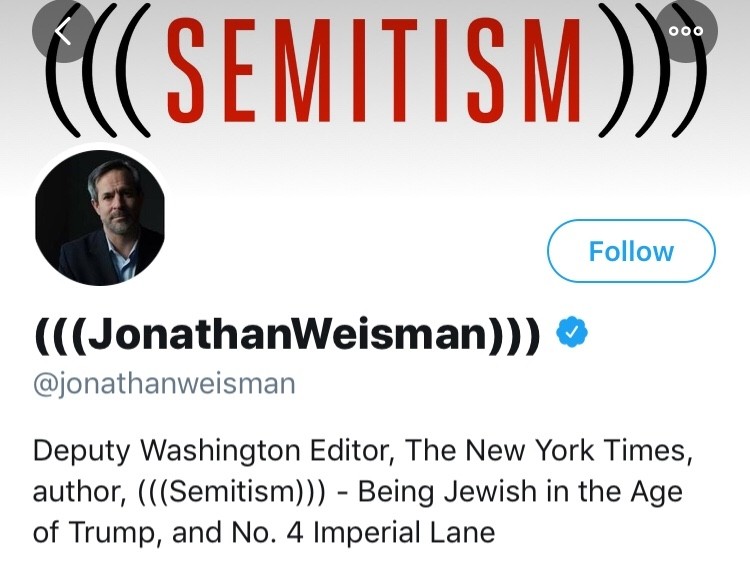 The New York Times has taken another step backward as a legitimate news organization by bowing to the left-wing mob again — this time demoting an editor who had the temerity to question Democratic shibboleths. You remember it was just last week that the New York Times apologized to its ...