I took a week off from national politics to devote my column at Real Clear Politics to chiding the small-minded folks of an Alaskan school board who decided to ban classics of American literature from the classroom. If you expect today’s high school students to be tomorrow’s informed voters, it’s best to expose them to as many points of view as possible, not to keep them cloistered in an antiseptic world of make-believe.

But Who Will Educate the School Board?

“In my younger and more vulnerable years my father gave me some advice that I’ve been turning over in my mind ever since. Whenever you feel like criticizing anyone, he told me, just remember that all the people in this world haven’t had the advantages that you’ve had.”

That’s the first line of “The Great Gatsby,” a book that comes as close to being The Great American Novel as anything since Mark Twain laid down the gauntlet with “Huckleberry Finn.”

I am trying to take the advice of Nick Carraway’s father as I ponder the misguided souls on an Alaskan school board who, by a 5-2 vote, banned from the classroom not just F. Scott Fitzgerald’s “The Great Gatsby,” but also other American classics such as “Invisible Man,” “Catch-22” and “I Know Why the Caged Bird Sings.”

For some reason, the majority of the Matanuska-Susitna School Board must not have had the advantages provided by a good education, or they would not have so disdainfully dismissed books that have the capacity to not just educate but to open up whole new worlds for young readers. The question arises, of course, how these particular small-minded zealots were entrusted with the future of a generation of young Alaskans.

According to NBC News, the board’s vice president, Jim Hart, said the books contain content that could potentially harm students.

“If I were to read these in a corporate environment, in an office environment, I would be dragged into EO (an equal opportunity complaint proceeding),” Hart told NBC. “The question is why this is acceptable in one environment and not another.”

This statement boggles the imagination. Is it really considered a violation of law or corporate policy or even etiquette to read “The Great Gatsby” in a business office? This has to be the premise of a lost episode of “The Twilight Zone,” right? Except that Rod Serling would presumably also be considered a dangerous influence on the tender minds of Alaskan youth.

The local school board did concede that “Gatsby” is widely considered The Great American Novel and that it is “easily approachable by teenagers and helps them to recognize and understand the relationship between theme and symbolism.” Yet the book was challenged for its “language and sexual references.” Whoa! Apparently some of us were wasting our time in high school trying to find the dirty parts in “Ulysses” when we could have just read the much more accessible “Gatsby” to get an “education” in the opposite sex — except anyone who has read Gatsby knows that it is a fatuous falsehood to claim it is in the least bit prurient.

The other books get a similar mugging by the school board, with Ralph Ellison’s “Invisible Man” — a miraculously dense exploration of race, oppression and identity — being reduced to hand-wringing about “language, rape and incest.” Meanwhile, Maya Angelou’s “I Know Why the Caged Bird Sings” — an autobiographical account of overcoming poverty, abuse and racism — is deemed unworthy for high school students because it includes “sexually explicit material, such as the sexual abuse the author suffered as a child” and because it has ”anti-white” messaging. Hmm. You try growing up black in the Deep South in the 1930s and then write an honest book about it that doesn’t come across as anti-white.

Makes you wonder about the motivation of the school board members when two of the five books banned are by black authors who wrote searing indictments of racism. Is there really supposed to be some way to convey to a high school student in 2020 the depravity of Jim Crow, let alone incest and rape, without stepping outside the bounds of political correctness? Just as the truth is an inviolable defense in libel cases, it is also a winning justification for exposing older teens to the harsh realities of life.

The last two books on the list are World War II novel “Catch-22” by Joseph Heller and the lesser-known “The Things They Carried,” a collection of Vietnam War short stories by Tim O’Brien. These books were deemed too vivid in their depictions of military life to be considered suitable reading for students who could very well enlist in the military immediately upon graduation from these hallowed halls of academia. Let me repeat: They were novels about war. The school somehow concluded that students would be scarred for life by the “profanity and sexual references” in O’Brien’s book or the “scenes of violence both hand to hand and with guns” in “Catch-22.”

James Barber, the entertainment writer for Military.com, aptly lets the school board have it with both barrels: “Yes, please. Let’s protect the young men and women we’re trying to recruit to military service from reality … Who could imagine a military novel shouldn’t feature both violence and guns?”

Barber speculates that “the actual issue here is that both books portray authority figures as flawed and often downright wrong.” I’m not sure if that’s really the root cause of the school board’s decision, but it is an apt description of the school board itself, which seems delightfully unaware of its own illustration of a paradoxical catch-22 that Joseph Heller himself would be proud of. Consider:

The students under the board’s supervision can’t read the books on the banned list because they supposedly lack the maturity to handle them, but the school board will happily deprive them of achieving that maturity by refusing to expose them to the books in the first place.

What a lovely irony — or is that even allowed in Alaska?

Another milestone for Heartland Diary USA as our Twitter account @HeartlandDiary passed 5,000 followers on Tuesday less than nine months after our first Tweet was posted in October 2018. Thanks to the incredible MAGA community on Twitter for your tireless support of our great president and for supporting each other. ...

Friends, it’s time for the rest of us to stand up to the bullies and haters who are trying to use threats, harassment, violence and even murder to force the country to accept a “cultural revolution” that will end freedom and force everyone to “take a knee” to communism, socialism ... 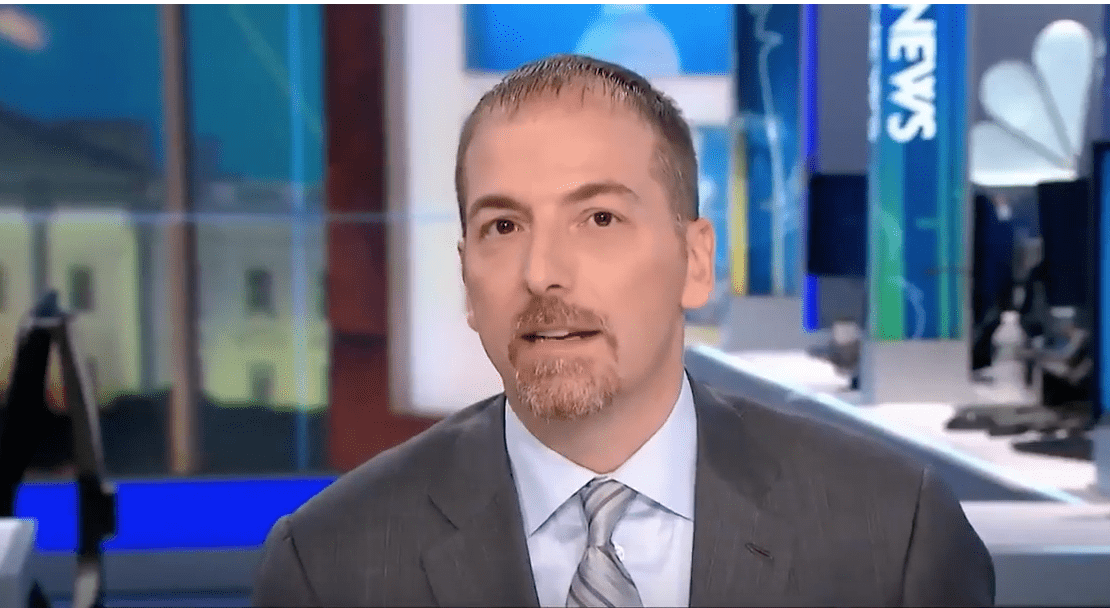 This may be the most unintentionally ironic sentence ever written: Chuck Todd has had a front-row seat for the spread of disinformation while hosting NBC’s Meet the Press. That’s how Rolling Stone writer Peter Wade began his article entitled “How Disinformation Spreads, According to Chuck Todd.” Shop on Amazon for ...