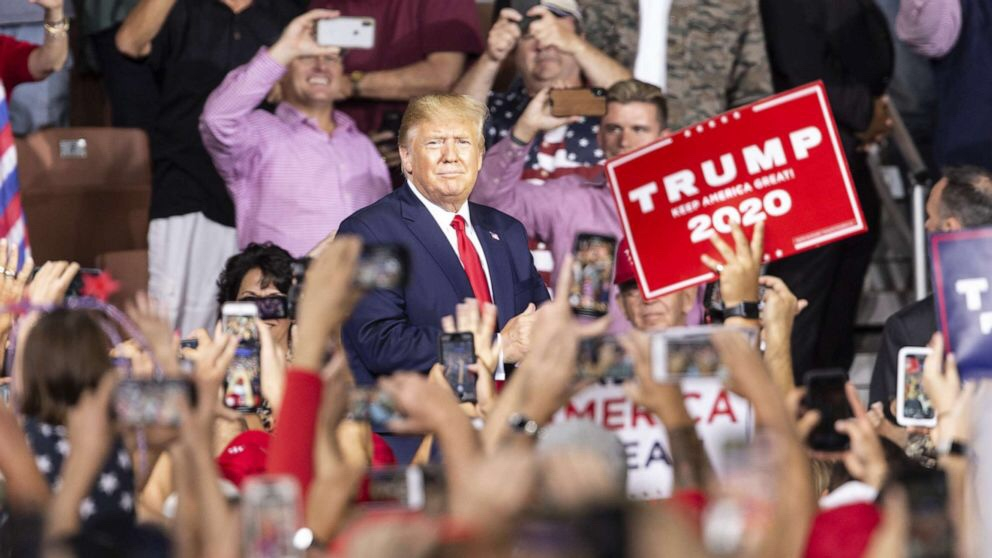 Here’s my column from Real Clear Politics this week. It’s my latest broadside against the Fake News Media, Democrat election fraudsters and Republican turncoats. My message: If they think we Deplorables are going away, they had better be prepared to bury us deep. Otherwise, the  Great Reset may not be as much fun as the progressives think!

President Trump delivered what he called possibly “the most important speech” he had ever made last week. If you don’t know that, you can be forgiven. It’s not your fault.

You see, the speech was an update on voter fraud and irregularities in the 2020 election, and the mainstream media doesn’t want to cover that. They certainly didn’t air the 46-minute speech in full, and if you went back after the fact to read about it, you would find out that it was “filled with lies” (New York Times), “baseless” (USA Today and The Washington Post), and “falsehood-filled” (FactCheck.org). That’s code for “Trump said it, so we assume it isn’t true.”

But the speech was not “baseless.” It was a recitation of irregularities based on the testimony of dozens of people who had either signed affidavits or avowed publicly that they had personally witnessed illegality and fraud committed in the 2020 election. In addition, the president recounted the statements of several cybersecurity experts who found vote-count anomalies they said could only be explained by cheating.

If you don’t know about any of that either, again it’s not your fault. You probably assume that a story of that magnitude would be covered by every major news outlet, but again you would be wrong.

What we are talking about is the most consequential election challenge since 2000, and perhaps the most significant constitutional crisis since the Civil War, yet the celebrity journalists can’t be bothered to do any actual reporting of their own. Do you think Jake Tapper or Kristen Welker or Kaitlan Collins actually called one of the witnesses for themselves to hear their stories or test their credibility?

Hell, no, but if the mainstream media were interested in covering the news instead of covering it up, they would be offering nonstop 24/7 coverage of the election fraud story just as they do for hurricanes and terrorism. If they did that, then no one could get away with the lie that there is “no evidence” of fraud. There is a tsunami of evidence that has been rolled out in public legislative hearings in Pennsylvania, Arizona, Georgia, and Michigan.

Those presenting the evidence  are everyday Americans — a diverse group of white, black, Republican and even Democratic Party people  — who saw things that cried out for investigation and weren’t intimidated by the media’s intimation that they were liars or right-wing kooks.

Watching the testimony, I have never been prouder of my fellow citizens — people who volunteered their time, cared enough to risk public condemnation, and signed their affidavits under penalty of perjury to bring to light what they considered to be violations of law that raise questions about the integrity of the 2020 election. Call it the Revenge of the Deplorables.

For their trouble they are being attacked by the media, by Democrats, and by establishment Republicans as incompetent, irrelevant and immaterial. They are none of those things, although many of them are tentative, fearful and all too human. Their stories are not rehearsed, and they aren’t always well-behaved on the witness stand. Sometimes they get downright cranky. That’s because they are just regular folks who were accidental witnesses to what may well be the crime of the century, and they don’t have any training to prepare them for their role in history.

One witness who wasn’t afraid was Linda Lee Tarver, who spent 29 years working in the Michigan secretary of state’s office and is also a former civil rights commissioner. Tarver rightly pointed outthat it’s not worth millions of dollars to just recount the same fraudulent votes you started with, especially not in a city like Detroit where election integrity is an oxymoron.

“Democrat-controlled areas cannot seem to balance their elections [so that only legal votes are counted], and because they have been habitual violators [with] the inability to balance their election due to either ignorance, apathy, lack of leadership or lack of caring,” it won’t matter if you change the laws or do a recount. “If you add more laws to the books, you still have people who will not follow the law,” she said. “… If you followed the law in the urban Democratic controlled areas, then we would not be here today.”

Mismarked ballots, unverified signatures, ballots that looked like they had been marked by machine, ballots that mysteriously appeared in sequence when they should have arrived at the counting station randomly — all of these were flaws cited by the witnesses, many of whom tried in vain to challenge the questionable votes.

Hima Kolanagireddy, a GOP poll watcher in Michigan, said the vote-counting process, which was heavily weighted toward Democrat observers, was not designed to ensure integrity, but to make sure that Republicans were kept away from the ballots.

Another poll challenger named Braden Giacobazzi confirmed that description from his own experience.

“I witnessed the room erupt in thunderous applause and derogatory cheering as Republican poll workers were picked off one by one and ejected from the room by police escort throughout the day,” said Giacobazzi, who said he was treated like an enemy by the poll supervisors because he represented the Republican Party. “All trying to intimidate me and prevent me from doing my job, claiming that I was endangering their workers, trying to kill their people, and even holding a pen in a threatening way. Yet when non-GOP operatives would stand near the tables and harass me, no one would give them any problem at all.”

A witness in Pennsylvania, Leah Hoops, spoke for all the witnesses when she said, “I’m here for one thing only, and that is to speak the truth. This is not about party. This is about my country. Every American deserves transparency, truth, and to be able to question those in power without fear of intimidation, bullying, or backlash. … The republic is angry, disgruntled, tired, beaten up, and ready to defend this country.”

Yes, the people like Hoops and Tarver and Kolanagireddy are ready to defend this country, but not everyone is. Attorney General Bill Barr told the Associated Press, “To date, we have not seen fraud on a scale that could have affected a different outcome in the election.” As Trump responded, they must not have “looked very hard” because “this is probably the most fraudulent election that anyone has ever seen.”

Of course, the Trump-hating media gave wide coverage to Barr’s apparent dismissal of Trump’s concerns, and then virtually ignored the Justice Department’s clarification:

“Some media outlets have incorrectly reported that the Department has concluded its investigation of election fraud and announced an affirmative finding of no fraud in the election,” a DOJ spokesman stated. “That is not what the Associated Press reported nor what the Attorney General stated. The Department will continue to receive and vigorously pursue all specific and credible allegations of fraud as expeditiously as possible.”

So many people in power are willing to sacrifice our greatest freedoms — the freedom of speech, freedom of assembly, freedom of religion and especially the freedom of self-government — in the name of political expediency. They don’t seem to care whether the election was fair or not — as long as it gets rid of Trump.

You can start with the Big Tech oligarchs who have arrogated to themselves the power to silence people they disagree with. But you can’t stop there. Our politicians have empowered the oligarchs by cowering in fear of them, and that includes Republican politicians. The Republican Party as a brand is so tarnished that true conservatives should start considering a divorce.

Let’s cut to the chase: America will never be the same again. The election of 2020 means that there is no going back to our forefathers’ republic. It doesn’t matter whether you are Democrat or Republican. Chances are, you will never trust your government on faith again, and if you are a conservative you will certainly never trust Republicans again. If they were willing to abandon Trump in his hour of greatest need, they certainly can’t be counted on to defend you or your principles when the Democrats come to take away your constitutional rights.

As matters currently stand, about half the country believes that President Trump was cheated out of his election victory by some kind of coordinated campaign. If Trump were to be successful in convincing the Supreme Court or enough state legislatures to reverse the outcome, then Democrats would be equally certain that Trump stole the election from Joe Biden.

Is there any way around that virtual warfare? Is there any way to “heal the nation,” which Biden proposes as his holy mission? Hell, no, and anyone who tells you otherwise is either a virtue-signaling fool or a dissembling politician.

The battle lines are drawn. Pick a side, and choose wisely. Just as the Democrats expect, a “Great Reset” is coming, but don’t bet on the outcome just yet. With or without a second term for Donald J. Trump, American patriots are ready to fight and they intend to “keep the republic.” Buckle up.

The president has come to the same conclusion as me — the New York Times made up its story about Attorney General Bill Barr mischaracterizing the Mueller Report. In a tweet Thursday morning, the president took dead aim on the formerly respected newspaper and reduced them to irrelevance in under ...