Liz Cheney must be kicked out of GOP, or else party is a joke! 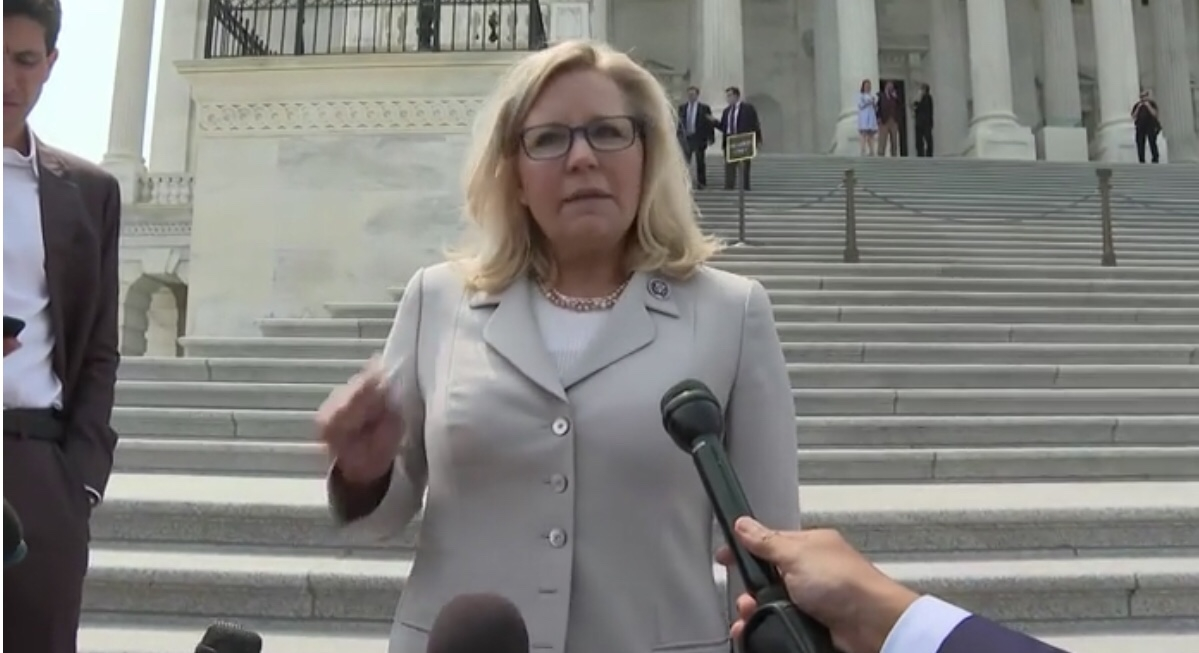 Maybe the Republican Party is already a joke, but if they want to ever be taken seriously again, they must expel the traitor Liz Cheney from the party immediately!

In the wake of the tyrant Nancy Pelosi refusing to seat two Republicans on the “select” committee investigating the Jan. 6 Capitol incursion, Minority Leader Kevin McCarthy said that he will not let any Republicans serve in the panel.

Well, that’s not exactly right because Democrat Pelosi appointed Trump-hating Republican Cheney on the panel so that she could claim the investigation into Jan. 6 is “bipartisan.” So there will be one Republican in the committee unless the party does the right thing and expels her!

Today, Cheney not only doubled down on her a Trump hatred, but she also was directly insubordinate to McCarthy, her party caucus leader in the US House, claiming he was trying to block the Jan. 6 investigation.

“At every opportunity, the minority leader has attempted to prevent the American people from understanding what happened, to block this investigation,” Cheney said.

What’s even worse, she attacked McCarthy as unfit for the speaker’s role, as well as by implication, for his current job.

Will the Republican Party finally get the message?

You can’t have a traitor in your house unless you are willing to see your loved ones murdered in the night. Cheney not only can’t be trusted; she must be crushed by whatever means necessary. She is a disease in the Republican Party and must be rooted out.

MY NEW BOOK EXPLORES “WHAT MATTERS MOST”

My new book is “What Matters Most: God, Country, Family and Friends” and is a collection of personal essays that transcend politics. The title says it all. My earlier books include “How We Got Here: The Left’s Assault on the Constitution,” “The Media Matrix: What if everything you know is fake?” and the “Why We Needed Trump” trilogy. Part 1 is subtitled “Bush’s Global Failure: Half Right.” Part 2 is “Obama’s Fundamental Transformation: Far Left.” Part 3 is “Trump’s American Vision: Just Right.” As an Amazon Associate, I may earn referral fees for qualifying purchases through links on my website. If you enjoy reading these daily essays, I hope you will SUBSCRIBE to www.HeartlandDiaryUSA.com by leaving your email address on the home page. Heartland Diary is solely operated by Frank Miele, the retired editor of the Daily Inter Lake in Kalispell, Montana.

2 thoughts on “Liz Cheney must be kicked out of GOP, or else party is a joke!”

I decided to venture into the Deep Swamp of Fake News today to find out how the left-wing media was reacting to President Trump’s decision to declassify the intelligence that led the CIA and the FBI to spy on his campaign in 2016. I needn’t have bothered. The response was ...

It’s hard to fathom the level of absolute depravity that Sen. Mitt Romney has descended to, but I will give it a try. Today, the failed presidential candidate tweeted out a condemnation of President Trump for commuting Roger Stone’s sentence. Shop on Amazon for EVERYTHING TRUMP “Unprecedented, historic corruption: an ...