Deep State vs. Trump: It’s the JFK assassination all over again 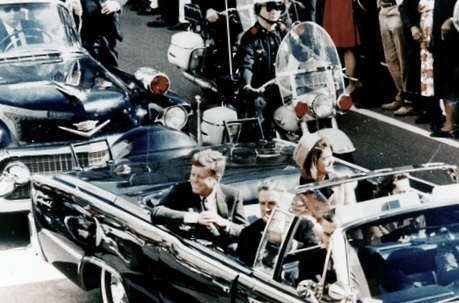 (If you are the kind of person who believes the official story no matter what, then you are sure JFK was killed by Lee Harvey Oswald and that Trump lost to Joe Biden. But if you think the government might just lie to you to cover its ass, then read on. Here’s Part 1 of my analysis of the 2020 election as a less bloody version of the Kennedy assassination (originally published at Real Clear Politics). Part 2, which follows, is exclusive for my readers at HeartlandDiaryUSA.com here.)

The allegations of election fraud that have divided the country in the weeks since Nov. 3, and the dismissal of them by the establishment as “conspiracy theories,” remind me of another November day 57 years ago.

The assassination of President John F. Kennedy on Nov. 22, 1963, was officially assigned to the hand of Lee Harvey Oswald, a former U.S. Marine who had defected to the Soviet Union several years earlier and then returned to the United States with his Russian bride and their newborn daughter. Of course, Oswald was never convicted of the assassination because he was himself murdered by a shadowy mob-associated bar owner less than 72 hours later. Anyone who didn’t believe “Oswald did it” was labeled as a conspiracy theorist, or worse. But for many Americans, the official lone-gunman story accepted by the Warren Commission was itself the conspiracy.

There was an alternative explanation believed by millions of Americans, yet given little credence in official Washington and the establishment media: that Kennedy was murdered by elements of the intelligence community as revenge for his failure to play ball with the Deep State on various national security issues. I need not go into detail here about how such a conspiracy could have operated, and yet to this day anyone who speculates on its scope is marginalized.

A similar dynamic is operating today regarding those who have argued that Democrats stole the presidential election from President Trump. Prominent attorneys like Sidney Powell, Lin Wood and Rudy Giuliani have been painted as right-wing kooks, and the press repeatedly labels their allegations of cheating “baseless,” despite hundreds of affidavits from eyewitnesses, inexplicable vote counting anomalies, and blatantly unconstitutional changes in the voting process itself. Baseless? As Inigo Montoya says in “The Princess Bride,” “You keep using that word. I do not think it means what you think it means.”

The lesson, of course, is to not jump to any conclusions. Let the process play out. It was the Warren Report short-circuiting the quest for truth about the JFK assassination that led to so many Americans distrusting their government in the first place. Let’s not magnify that distrust by allowing the power brokers in D.C. to coronate a new president whose legitimacy is suspect.

Last week, the Trump team got its first chance to roll into public view a mountain of evidence. The Pennsylvania Senate held a hearing in Gettysburg to give Giuliani an opportunity to present witnesses who told of how Trump poll watchers were impeded from watching the count, how suspicious ballots were counted without inspection, and how the numbers don’t add up regarding how many mail-in ballots were issued versus how many were received. Meanwhile, Powell filed lengthy lawsuits in both Georgia and Michigan that spelled out a host of irregularities, and Wood got word from the 11th Circuit Court of Appeals that it was giving him a hearing on his own suit in Georgia.

None of which means anything to the tech overlords, who just want Trump to go away and are willing to do anything to make it happen — including suspending Twitter accounts, blocking websites, and slapping warning labels on anything that doesn’t toe the (Democratic) party line.

Although there was no Twitter or Facebook in the 1960s to try to discredit news stories that questioned the official version of JFK’s death, the same dynamic operated then that prevails now in the coverage of 2020 election fraud. But instead of adding a “disputed” label on stories that doubted the lone gunman theory, CBS and NBC just had their esteemed anchors assure the public that the government would never lie to them. “Nothing to see here; move along.”

The trouble for the powers that be, however, is that Donald Trump refuses to move along. Indeed, with him in the White House, the unstoppable forces of the Fake News Media and the Deep State seem to have met an immovable object unlike anything ever yet encountered in American politics.

This battle royal began even before Trump took office as president when the FBI and CIA conspired with CNN and MSNBC to spread the fake story that Trump was a Russian asset. This was supposed to end his presidency in a coordinated strike that was far more subtle than what happened to JFK but just as malevolent.

It was Chuck Schumer who warned Trump way back in January 2017 that it was not a good idea to challenge the intelligence community.

“Let me tell you, you take on the intelligence community, they have six ways from Sunday at getting back at you,” Schumer told MSNBC’s Rachel Maddow. “So even for a practical, supposedly hard-nosed businessman, he’s being really dumb to do this.”

What had Trump done exactly?

A fairly innocuous comment, especially by Trump’s standards, but Maddow characterized it as “taunting” the spy agencies, and asked Schumer, “What do you think the intelligence community would do, if they were motivated to?”

“I don’t know … but from what I am told, they are very upset with how he has treated them and talked about them,” Schumer responded.

Remember, this was on Jan. 3. It was the next day, Jan. 4, when the FBI was prepared to clear Lt. Gen. Michael Flynn of any wrongdoing for his contacts with Russians in his role as Trump’s national security adviser. But later that same day, FBI counterintelligence agent Peter Strzok wrote to the official case agent investigating Flynn and told him not to close the case after all. Strzok noted in his message, “7th floor involved,” a reference to the top brass in the FBI wanting to keep the case alive.

Maddow claimed that NBC had verified that the briefing of Trump was always scheduled for Jan. 5, suggesting that Trump was just being paranoid, but circumstantial evidence suggests this was not true. Thanks to a Jan. 20, 2017, memo by President Obama’s national security adviser, Susan Rice, we now know that Obama met on Jan. 5 with Rice, FBI Director James Comey, Vice President Joe Biden and Deputy Attorney General Sally Yates to order them to handle their investigations into Russian hacking “by the book.” We also later learned from declassified FBI documents that this was a direct reference to the investigation of Gen. Flynn. Yet if we know anything about the Flynn probe, it’s that it was not done “by the book,” but rather by mandate of the “7th floor.”

That led to four years of persecution of Gen. Flynn by the Justice Department, the appointment of a special counsel to try to destroy the Trump presidency, and ultimately the impeachment of the president for not following the dictates of the intelligence community and the mysterious “interagency consensus” in his foreign policy. The question now is whether this war against Trump ever stopped or whether it continued right through the election of Nov. 3.

It is the very question that Rachel Maddow asked Chuck Schumer on Jan. 3, 2017: “What do you think the intelligence community would do [to Trump], if they were motivated to?”

Sidney Powell and Rudy Giuliani want answers. Do you? 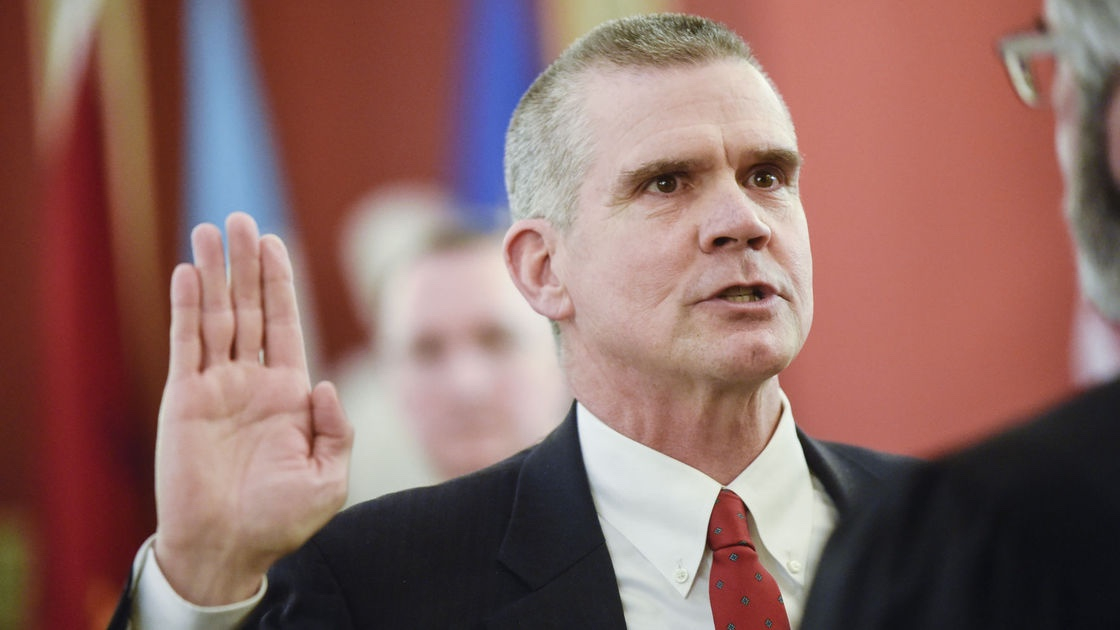 Montana Republicans finally got word from their newly elected U.S. representative, Matt Rosendale, that he will object to the certification of some presidential electors when Congress meets tomorrow. It’s probably too little too late because so many Republicans are cowards, but it’s nice to know that both of Montana’s GOP ... 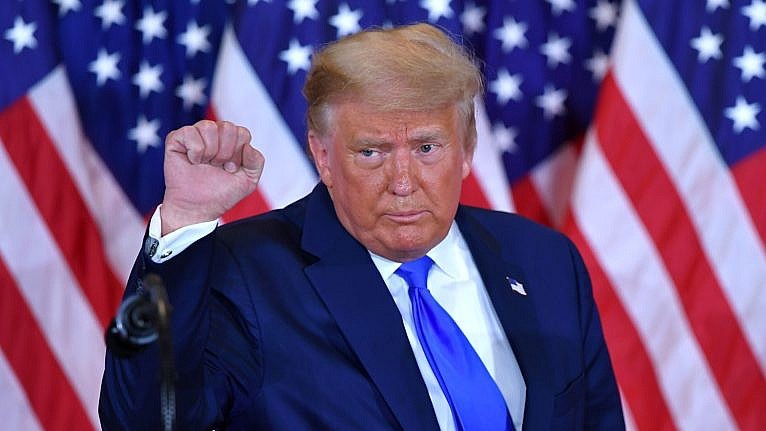 Well, I was confident enough last night to predict a Trump victory just after midnight, but what a difference a few hours makes! Now I’ve got the mother of all hangovers, and I haven’t had a drink for 35 years! Overnight, Biden has supposedly made up a 100,000-plus vote difference ...