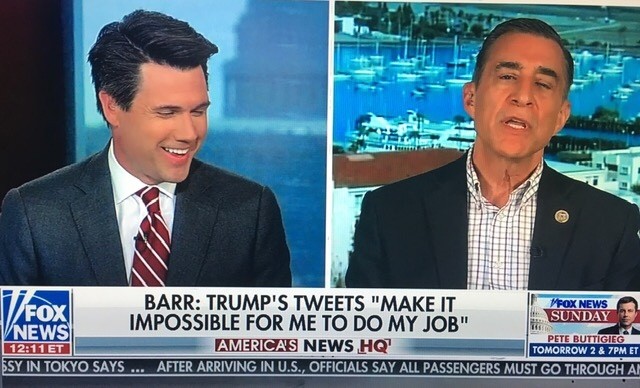 Liberal Leland Vittert must be Paul Ryan’s favorite Fake News host on Fox News since he goes after President Trump every chance he gets. On Saturday, Feb. 15, Vittert used an interview with former Congressman Darrell Issa to smear Trump, the Border Patrol, and Issa — all in 7 minutes.

The interview followed another Fox report about how Sanctuary Cities don’t want to turn criminal aliens over to ICE or the Border Patrol because immigration is a federal responsibility. Vittert asks Issa whether President Trump’s crackdown on sanctuary cities is just “more window dressing for the president to prove he is doing something.” Yeah, you idiot, the Border Patrol officers putting their lives on the line every day to protect our country are “window dressing.”

Issa dutifully explains to Vittert that “the 18,000 members of the Border Patrol make a difference every day.”

When the interview turns to the Fake news about the Justice Department being “influenced” by President Trump’s tweets, Vittert plays a clips from 2016 when Issa condemned Attorney General Loretta Lynch for meeting with former President Clinton secretly while his wife, Hillary, was under investigation for illegal use of classified material. Vittert implies that Issa has a double standard because he doesn’t condemn Trump for “tweeting about active criminal cases” such as the injustice of Roger Stone’s sentencing recommendation.

Issa makes a clear distinction between commenting on guilt or innocence and commenting about what kind of sentence is appropriate. As he notes, the president has every right to suggest how a sentence should be handled.

Most infuriating is this final minute of the interview when Vittert chortles and snickers to show his disbelief and displeasure that Issa is defending President Trump’ use of Twitter.

Issa’s only mistake in the interview, other than agreeing to it at all, is when he laughs along with Vittert at an anti-Trump joke toward the very end. Vittert is a Never Trump buffoon, and conservatives like Issa must stand up against him at all times.

Tell Fox News to get rid of Vittert — and board member RINO Paul Ryan too! 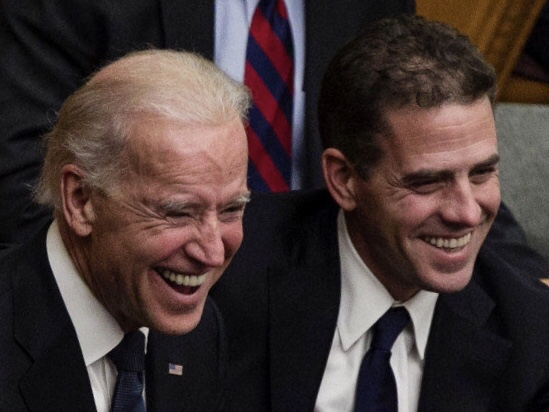 Just when you thought it couldn’t get any worse for China Joe Biden, investigative reporter Peter Schweizer has unearthed a new source of emails confirming the shady dealings of Biden on behalf of his grifter son Hunter. Schweizer and co-author Seamus Bruner have a new story out at Breitbart.com that ...

It’s hard to remember sometimes that the United States of America has a Constitution that is working, especially if you listen to the Democrats or their surrogates in the press. Last week, the pretend allegations that Attorney General Barr lied to Congress sucked most of the oxygen out of D.C., ...